A coarse, groaning shriek is the first sound that rocks the listener of “Vulgar.” After the long, swelling notes of the synth that opens “Audience Killer Loop,” suddenly lead singer Kyo's voice, guitars, and drums simultaneously explode to attack the listener. Just as abruptly, the tempo slows and a melancholy feeling seeps in, quelling the anger. Temporarily.

This album's opening track is just the beginning – not only of the fourth album by Dir En Grey, but of a crashing, violent sea of emotion held back by a barrier of poetry. While their older CDs are recklessly experimental, and their newer, technically minded, “Vulgar” is different; it's vulnerable, with real emotion beyond the curtain of storytelling, scenes that the lyrics, Kyo's voice, and the instruments create together.

A satisfying mix of insistent and hesitant, raucous and reticent, “Vulgar” feels like dreaming: every time you turn around, you face a new setting. In “The IIID Empire,” Kyo alternately yells, almost raps, and makes his signature strangle sounds. The beat is dance-worthy, like “Increase Blue,” which follows.

The short, punk-influenced “R to the Core” bridges the gap between “Kasumi” and one of the best songs, “Drain Away.” Opening with the line “pressed flower nostalgia is a night sky soaked in memory,” poetry pervades. The initial quiet is ominous, anticipatory, like the silence before a storm.

“Obscure” is downright creepy. Kyo's voice trembles unnaturally as he hits several notes, then sucks in breath in a shrieking noise, then pleads in a quavering, high-pitched voice, then sings, then yells. The guitar plays long, high notes as the other instruments pound ferociously. Interestingly, the relatively poppy track “Child Prey” follows, which is radically different in sound but not in subject.

“Amber” closes. Unlike other songs on “Vulgar,” it maintains a straight tone and a simple melody. It conveys a numb sadness (“good-bye, to you whose name I didn't even know, who I loved from the bottom of my heart”). After the raging, chaotic waves that “Vulgar” rides, “Amber” provides a calm resolution. 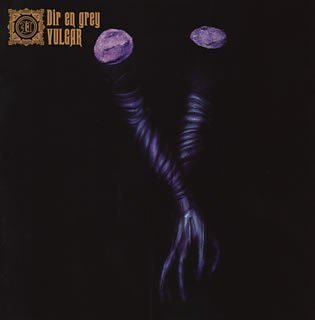 Favorite Quote:
"Cancer...Cancer is in everything, the food, the water even the household items." (By: My grandfather)