The Other Side of Down by David Archuleta | Teen Ink

The Other Side of Down by David Archuleta

Favorite Quote:
You aren't defined by what your situation is, you are defined by how you face the challenges that are given to you.

When David Archuleta began his amazing career, he was merely a 17-year old contestant on American Idol with the same dream as all of the others. However, he had enough talent and, let’s admit it girls, good looks to make his way past all but one of those other hopefuls. He fell short in the final round, but that didn’t leave him with any less drive to succeed.
He continued then by debuted with his self-titled album and hit single “Crush.” His songs strive to remind the world that he is but a teenager, but his life is already his own. Incorporating aspects of common teen life, including a crush, break-up, and motivation, the tunes sink deep into our hearts and minds.
His next album was not as renowned, being a simple Christmas edition. Most of the chosen arrangements were of the greatest winter hits, and then he threw in a few that many don’t know.
Throughout his career up to now, he has produced amazing work with his vocal talent, but by far his latest CD is the greatest. It goes back to his “theme” of being a teen and portrays his voice beautifully. Starting with “The Other Side of Down,” many of the songs serve as motivation once again to encourage a struggling adolescent to continue down the path of life, because “I know things are going to get better, and I know things are going to be fine.”
Out of all of these songs, the two greatest in my opinion are “Look Around” and “My Kind of Perfect.” The first speaks that we must not be blinded by what our peers say or do, but that we can break free and find out own way. In the other, it is revealed that, as we all know, we must keep looking to find that right girl, or guy, to make us happy the rest of our lives.
These songs are all great, but the best thing by far of David’s songs, all of them, is they each own a catchy tune and lyrics that will stick in your head for days. The messages are great, and they can so easily be related to my life. So if you have yet to hear this album, I ask that you give it a chance. As David would say, or sing as it might be, “Just get up and look around you.” 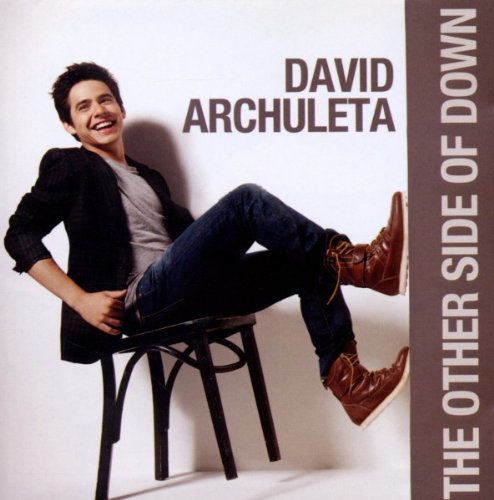 
Buy from Amazon Available on iTunes
The author's comments:
I have been a fan of David Archuleta since his showing on American Idol because he has a voice that I admire. His songs speak personally to me, and I use them as grand motivation.
Post a comment
Submit your own