I watched and admired him in awe: his eyes shut tight, his overtowering body in front of dozens of musicicans, whoms concentrated faces shone under a spectrum of lights, and his voice; shaking every fallen leaf on the ground, rising every little hair on the arms of more than fifty thousand, turning heads and ears from every attentive body. The day of independence of Italy, and all of Milan came to celebrate at the Piazza del Duomo in front of the colossal Duomo to hear their hero sing.
He stood there, under a star-filled-sky, illuminated in his perfect-fit white toxedo. Barely moving, just singing.

He made it all seem so effortless, all the who-knows-how-many-hours of practice not once revieled. His voice: so pure, so perfect, so polished, that nothing could ever compare – especially not watching him on PBS.

And even though he didn't interact much with the audience, his music
(sung in a forgein language to me) touched every person in the audience. Weather it was little children sitting on their fathers shoulders, a couple embracing eachother, or just a simple adolescent like myself, everyone was captivated by his euphonious voice. Songs such as, “Con Te Partiro” brought the entire audience of fifty thousand people or so to sing along.

Perhaps it was a free concert, but I felt as if I were standing in the famed Teatro La Fenice of Italy (despite the fact that I was being smushed in a crowd of Andrea-Bocelli-loving-Italians).
The Blind Tenor's performance was extraordinary, unforgettable, and beyond words. An experience that was definetly worth the high prices of gas it took to drive across Italy and the wait of days, months, and years before having heard him live,


And then at the end of the concert he apologized for not singing better - although I could have sworn he was kidding. 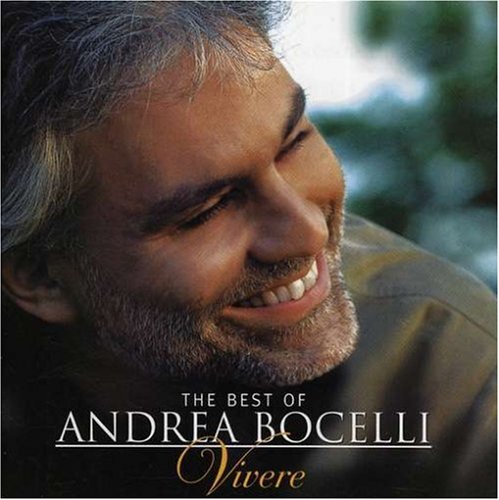 Favorite Quote:
Just don't give up on trying to do what you really want to do. Where there is love and inspiration, I don't think you can go wrong." ~ Ella Fitzgerald

View profile
Wow. You're an amazing writer. You gave a review in story form. Wish I was that good! Keep it up. :)