Fix Me by Marianas Trench

This album has been getting a lot of trash, especially when compared to Marianas Trench’s second and third albums, so, here I am, official defender and promoter of Fix Me, Marianas Trench’s very first album! I dare anyone who thinks they don’t like this album to hear me out and read to the end of this review :)
This album was released in 2006, shortly after Marianas Trench was signed to 604 Records, pre hitting it big-time for this band. I’ll admit, this album’s main themes are self-destruction and general teen angst, but, this is because what Josh Ramsay (lead singer) went through as teen, before forming Marianas Trench with high school buddy, Matt Webb. Ramsay was depressed, self-harmed, was bulimic, anorexic and experimented with many drugs, getting hooked on heroin for two years. Since Ramsay writes most of the band’s songs, and he writes straight from the heart and scars, their first album reflects this. Now, stop, for a second, I can tell what you’re thinking: Gosh, what a white, adolescent and emo band! Stop and hold on for a second. All the songs on this album aren’t purely about pain and anger and self-harm. I can tell you that all the songs on this album have Josh Ramsay’s perfect vocals, ranging from low and gritty to high and pure, sick guitar riffs, wicked and addictive beats and down-to-the-soul lyrics. This album is an amazing mix of up-beat and down-beat songs. The most popular song off this album is Shake Tramp, which is a perfect example: catchy, addictive, and jumping-up-and-down-out-of-your-seat AMAZING.
If you like beautiful, meaningful lyrics, listen to any songs off this album.
If you like that gritty, rock and roll sound, try listening to Vertigo or Decided to Break it or Low
If you want to hear Josh Ramsay work his beautiful set up pipes, listen to Far From Here and Low (or pretty much any song off this or any Marianas Trench album)
If you want to jump up and dance, you must listen to Shake Tramp and Alive Again and Decided to Break It
If you want to hear a softer, more vulnerable side of this punk, rock, pop band, try listening to Skin and Bones, and Push
If you want someone to feel your pain for you, try Push, Low, and Say Anything
If you want something to rock your music experience try Decided to Break it, and Low
If you like the other Marianas Trench albums, and don’t think you like Fix Me, I dare you to listen to Shake Tramp, Decided to Break it and Vertigo, in that order. Then, come back and tell me if you still don’t like this album :) 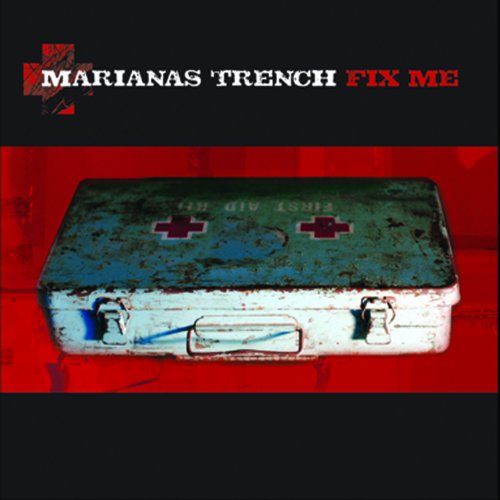 
Buy from Amazon Available on iTunes
The author's comments:
Don't be too harsh on my very first review :) Just wanted to speak out about a perfectly great album (one of my favorites) that isn't getting enough street cred!
Post a comment
Submit your own

View profile
Thank you so much for your support of my Marianas Trench stuff! It's always nice to meet other Trenchers :D I hope to write some more MT articles soon
Aiyana BRONZE said...
on Jul. 14 2014 at 9:03 pm
Aiyana BRONZE, Elma, New York
4 articles 0 photos 11 comments

Favorite Quote:
"All that we see or seem is but a dream within a dream."
-Edgar Allen Poe

Favorite Quote:
The pain that have cost us, the evils which have never happened.
- Thomas Jefferson