Even though the time I wrote this review is a bit late (because Liv and Maddie ended 2017), this review (which is my token of appreciation for the show) has a necessity.

'Liv and Maddie' is about identical twins, Olivia Rooney/Liv (who is a girly girl) and Madison Rooney/Maddie (who is a tomboy) and the story revolves around the life of the twins. The story begins when Liv returns home after finishing a four-year stint in Hollywood and Maddie greets her with an open embrace.

The plot and the characters are so well-written that the dialogues tickle our funny bone. The acting is even better as the shoe runs with a phenomenal cast- Dove Cameron played dual roles as Liv (completely showing her girlish style) and Maddie (showing her sportive tomboyish attitude to conceal her little soft girly side), Joey Bragg played Joey Rooney (who showcased more of his baby side), Kali Rocha played Karen Rooney (who showed the humorous side of a mother of four) and so.

The visual effects of the TV show are also mind-blowing. Liv and Maddie were at the same scene, at the same time, and sometimes even hugging each other, but we aren't able to find out that it's edit because it is so realistic. In fact, I first thought that Dove Cameron really had a twin sister when I first saw the show. But, even though they are identical and are at the same place at the same time, we could recognise who Liv is and who Maddie is.

The music in 'Liv and Maddie' arouses our emotions as well as the muscle of dance in our body. The song, 'You, me and the beat' makes us act as if we're taking part in a music video or a concert. One of my favourites, 'Count me in' is a really wonderful song that personally made me realise the love I have for my sister. As a matter of fact, I even put it in a video for her birthday. The song provokes much emotion.
Liv and Maddie is the perfect show for teenagers with siblings and it helps them bond more closer.

I have nothing bad to say about this show except, it should have had a movie of its own too. I would literally be the first one to watch it.

Liv and Maddie is a perfect show with a wonderful blend of rivalry, friendship, love and joy which are the things common in the life of teenagers. Just like how Liv and Maddie tell each other, "Sisters by chance, friends by choice", I'd recommend it to you but I shall also say, "Recommended it by chance, Watch it by choice"

To conclude in just three words, I shall finish by saying that Liv and Maddie is a perfecto-serious, mirth-filled, comedy. Watch it. 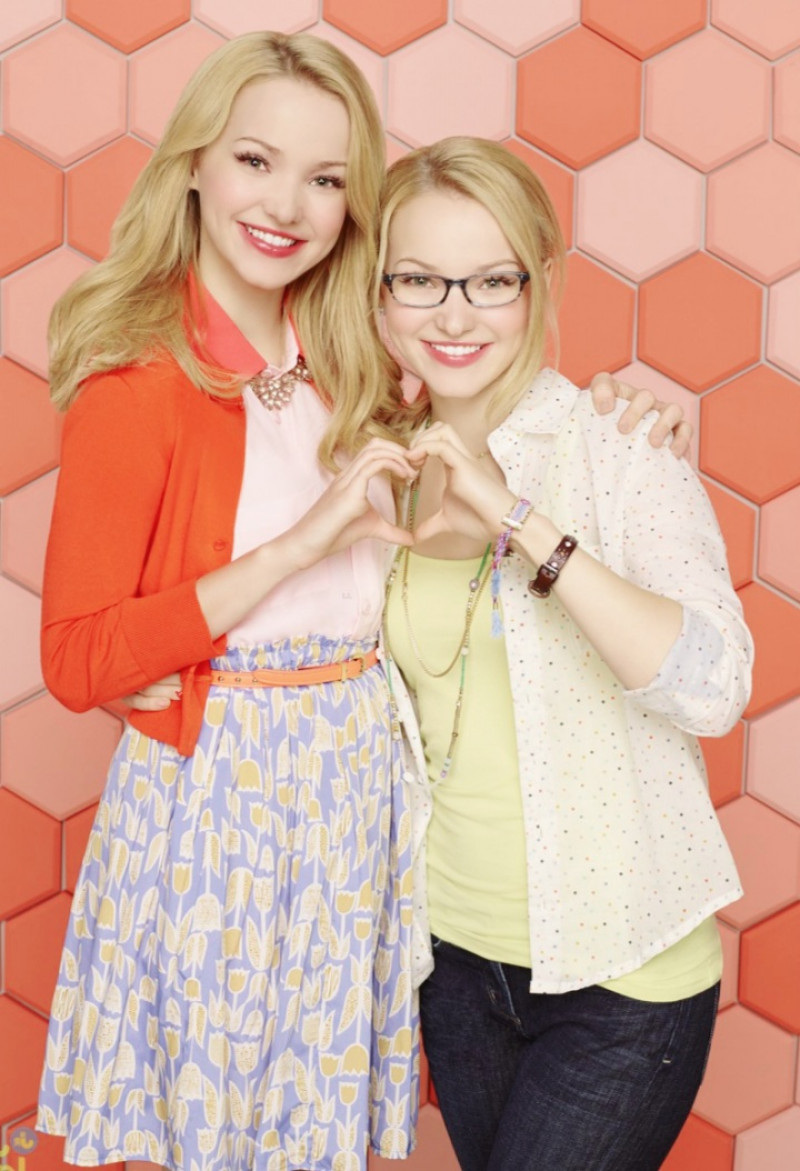 To my Maddie from your Liv...

Guys, watch Liv and Maddie for it is one of the best shows ever...

Favorite Quote:
"Life is a journey I don't have a map for."
-Delta Goodrem-

View profile
@Afra, this is an all time fav show of mine which I love to watch with my sisters. I love the fact that youve quoted, "Sisters by chance, friends by choice". I just love the entire thing. :D
Afra DIAMOND said...
on Mar. 4 at 3:13 am
Afra DIAMOND, Kandy, Other
80 articles 7 photos 1691 comments

View profile
@aalaazah1, you too watch Liv and Maddie!!! What a pleasant surprise!!! Thank you for commenting...♡♡♡
aalaazah1 PLATINUM said...
on Mar. 4 at 1:12 am
aalaazah1 PLATINUM, Colombo, Other
32 articles 2 photos 153 comments

Favorite Quote:
where words fail music speaks
success is a journey, not a destination

when you feel your best, everybody else can feel it too - ARIANA GRANDE

If you are able to look yourself
in the mirror every day
with the decisions that you make,
that's where power starts - SELENA GOMEZ

Before you judge people judge yourself - ZAYN MALIK

haters will say what they want, but their hate will
never stop you from chasing your dream- JUSTIN BIEBER

View profile
to be honest I'm still in season 2 of liv and Maddie but ill never give up without watching the whole thing...and I really love the way you have described this awesome tv show...kudos to you!
Afra DIAMOND said...
on Jan. 17 at 12:59 am
Afra DIAMOND, Kandy, Other
80 articles 7 photos 1691 comments

Favorite Quote:
“I am a California girl, born and raised, so flip-flops and cutoff shorts are my go-to look."