“I Have a Cunning Plan:” Let’s Review Blackadder | Teen Ink

“I Have a Cunning Plan:” Let’s Review Blackadder

As a historical and comedic writer, my favorite TV series is Blackadder, including Blackadder II(S02), Blackadder the Third (S03), Blackadder Goes Forth (S04), but excluding The Blackadder (S01) because I think (and the creators affirm) that the title role in season one is ambiguously characterized. I have smiled like “a man who thought a cat has done its business on his pie, but it turns out to be an extra big blackberry" through seasons two to four, which, though lacking stunts or ridiculous costumes, were brimming with metaphors, puns, and alliterations "so cunning you could fit a tail on it and call it a weasel.”

The originality of the plot of Blackadder is its repetition. Courtier to the Queen or conscript to Parliament, Edmund Blackadder is forever sandwiched between rulers and workers. In the Elizabethan era, the ruler is the giggling Gloriana, who would chop off his head “just to see the look on your face;” in the Georgian era, the ruler is the “thick-as-a-whale-omelet” Prince Regent, who would shout “look out Mr. Caesar!” as he watched Julius Caesar; in the Great War, the ruler is the baaing general Melchett, who would convict Blackadder at court-martial for pigeon murdering. The workers, always as disgustingly dim as the rulers are insanely incompetent, are the generations of S. Baldricks, concrete evidence against the survival of the fittest. Baldrick the Cavalier, who executes his king to get money to “buy a new one,” would find his Georgian descendent buying a giant turnip with the four-hundred-thousand-pound bride he received when accidentally made a lord. To place Blackadder in the lower-middle class of this “pecking order,” where the bottom is as rotten as the top, creates a timeless source of comedy, given his multilateral cynicism.  Blackadder III would tell French emigres to sod off, and then annoy Samuel Johnson, author of the first English dictionary, with his “contrafibularities,” just as three hundred years earlier, Blackadder II would use Baldrick as an archery target, and then announce his life to be strewn with “cowpat from the devil's own satanic herd” when Elizabeth I summons him. “It is the way of the world, Baldrick,” Blackadder explains after he kicks Mildred the cat to the ceiling, “the abused always kick downwards. I am annoyed, and so I kick the cat, the cat pounces on the mouse, and finally, the mouse bites you on the behind.” Blackadder’s utter meanness exceeds petty nit-picking for not only its witty wordplay, but its omnipresence among the Tudors and Hanovers, the Pitts and the Wellingtons – the embodiment of dynasties and reforms and conquests – who only rebuild the hierarchy that collapsed before them. For the common man, the episodes of history, like the episodes of Blackadder, return to the status quo when a new season begins. The Blackadders and Baldricks, born into the same positions in the same social order as their ancestors, the biological force of evolution would never drive power to the sanest in society. Elton and Curtis affirm that time alone has rarely corrected man's fallacy – a laughable tragedy.

Elton and Curtis chose to end the cycle of hierarchy in the Great War. Season four is set in the claustrophobia-inspiring bunkers of WWI-era France, where professional soldier captain Blackadder, Cambridge volunteer lieutenant George, and Tommy private Baldrick are uniformly clad in army green and allowed to mingle as equals. Amidst the blood and filth of the trenches converges the goodness in each character. George turns from a spoilt git to a beacon of idealism, ceaselessly telling himself that they would be “sucking sausages in Berlin by teatime.” In the final episode, he turns down Melchett's invitation to stay behind at headquarters during the big push, and chooses instead to fight “for king and country.” While sacrificing oneself for the British against the German’s “evil empire building” is typical of George's thickness, his tragically unrequited passion relates to all who have blueprinted their national future in campus cafes like his “Trinity tiddlers.” Likewise, warfare rids Baldrick of his metaphorical filth and refines him to the purest proletarian innocence, tragically doomed by the stupidity and greed of his rulers. While George fights for his country and Blackadder his life, Baldrick is, as he pathetically admits, “a poor gormless idiot” who attributes the Great War to “when a bloke called Archie Duke shot an ostrich because he was hungry” and writes heart-wrenchingly honest verses such as The German Guns: “Boom Boom Boom/Boom Boom Boom Boom/Boom Boom Boom Boom/Boom Boom Boom.” In an oversized jacket and undersized spectacles, the Baldrick in season four resembles a child more than the long-haired tramp from seasons one to three, and is also treated like a child, especially when Blackadder promises to answer his questions, “as long as it's not the one about where babies come from.” The most subtle but admirable transformation, however, comes in Blackadder, who is now more concerned with survival than with teasing his henchmen. His shift in priority is best portrayed in his interaction with Captain Darling, a fellow lower-middle-class who managed to weasel his way out of the trenches to push paper at headquarters. Despite their shared social standing and disgust for war, Blackadder and Darling despise each other to the extent that the former accuses the latter of pooh-poohing, a court-martial offense. Blackadder is no longer in the lower-middle-class cynical of the rich and the poor; he is on the edge of no man's land, cynical of the living and the dead. After slaughtering the mango-armed Pigmies and then watching the slaughterers get slaughtered by German machine guns, Blackadder scorns both General “Insanity” Melchett and those who serve him. To Blackadder, as should to all common people who would die so that Britain could continue its Pigmy killing, the Great World “would be a damn slight simpler if we just stayed in England and shot fifty thousand of our men a week.” His world-weary wisdom accompanies desperate schemes to escape the trenches, whether by directing army theatre or teaching cooking to German nuns. Throughout season four, Blackadder burns with a universal tenacity to live in the inevitability of death: “Grave men, near death, who see with blinding sight/Blind eyes could blaze like meteors and be gay/Rage, rage against the dying of the light.” The cast's original stupidity, degradation, and evil are overwhelmed by a collective sin more stupid, degraded, and evil; an end to the absurd hierarchy marks only the beginning to greater absurdity.

All hatred and despair merge against the Great War in the final scene: going over the top. This unison of cynicism is embodied by Blackadder's reconciliation with his fellow humans after he fails to get out of the trenches by feigning madness with underwear on his head. Speaking to George, who admits his fear for combat after rejecting Melchett's invitation to headquarters, Blackadder no longer mocks his stupidity as they leave the trenches:

GEORGE [picking up his stick] Oh no, sir – wouldn’t want to face the machine guns without this.

To Darling, whom Melchett sent to combat to “do the best for him,” Blackadder acknowledges their common disgust with the Great War:

DARLING Made a note in my diary on the way here. Simply says: “Bugger.”

As they near no man’s land, Blackadder turns into a teacherly figure to the ensemble, imparting his cynicism without reprimanding their ignorance:

DARLING Listen. Our guns have stopped. You don't think…

BALDRICK Maybe the war is over… Maybe it’s peace!

GEORGE Oh, hoorah! The big knobs have got around the table and yanked the iron out of the fire.

BLACKADDER I'm afraid not. The guns have stopped because we're about to attack. Not even our generals are mad enough to shell their own men; they think it's far more sporting to let the Germans do it.

Finally, to Baldrick, whose family has served the Blackadders since the Roman invasion but with a record in the cunning planning department “as impressive as Stumpy Oleg McNoLeg's personal best in the Market Harbor marathon:”

BALDRICK I have a plan, sir.

BLACKADDER Really, Baldrick? A cunning and subtle one?

BLACKADDER As cunning as a fox who’s just been appointed to professor of Cunning at Oxford University?

BLACKADDER I’m afraid it’ll have to wait. Whatever it was, I’m sure it was better than my plan to get out of this by pretending to be mad. And who would have noticed another madman around here? Good luck, everyone.

The timeless punchline ends here - Blackadder is too weary of teasing Baldrick or of defying death. They charged into no man's land in slow motion, their visions, hatred, and persons melting into one with the smoky debris. Thus ends the epic cycle of power and satire in a field of poppies, its silence equivocal as to whether man has learned from his loss. 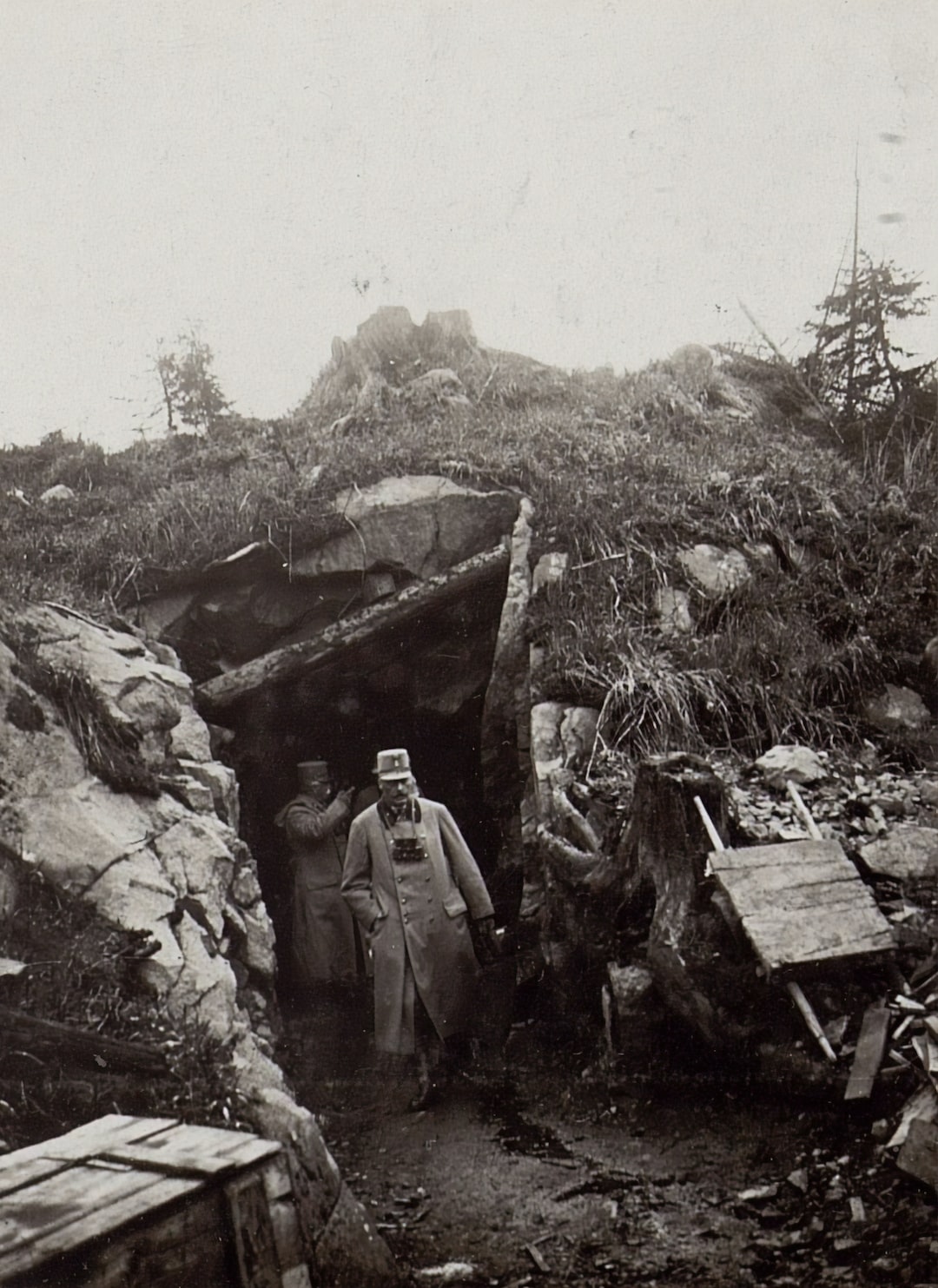