“There is a master key and a spare key for the office. Dwight has them both. When I asked, "what if you die, Dwight? How will we get into the office?" He said, "If I'm dead, you guys have been dead for weeks."”
~Pam Beesly

“The Office” is a T.V. comedy that airs on Thursday night from 9:00 to 9:30. A synopsis of the show is that all the employees at Dunder Mifflin Paper Company Scranton branch have to get by work day to day by dealing with their jerky (but funny) boss Michael Scott. This show satirizes the hardships of office life. The writers constantly create new drama to take place on the show and make everyday activities comical. The Scranton branch is very dysfunctional and it is not hard to see why. How could they get work done with throwing random parties all the time, or having people like Michael or Dwight who turn a simple lesson from Red Cross into an impossible adversity!

The unique style that this show captures is incredible. The mockumentary is filmed in such a fashion so as the characters acknowledge the camera by constantly giving amusing looks to it after an occurrence. There are also character interviews that display head shots of them and the character rambles on about something that happened to them, a feeling, or occasionally something that makes no sense at all. But you can guarantee that whatever it is, it will cause you to double over in laughter.

Needless to say every week I look forward to Thursday: the day that I get to amuse myself with the incredibly hilarious show “The Office” on NBC. It begins with a catchy tune that immediately causes me to jump on to the couch and give the screen my undivided attention. It is a show that couples great acting and improv with humor to create awesome entertainment. The characters interact in such a humorous way that you just can't help chuckle at the events that take place. I mean with Jim and Pam's witty schemes to humiliate Dwight, Stanley's sarcasm, or even Angela's obsessing over her cats, you just can't resist it! And as Michael would say “That's what she said!” 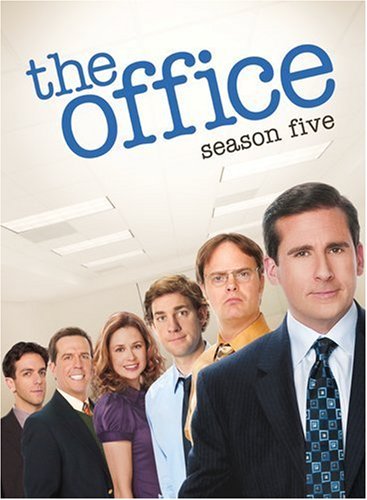 yan-bear said...
on Aug. 8 2010 at 10:58 pm
I think that your review perfectly describes The Office in its first few seasons. But the last few years, I'm sorry to say I think it's lost a lot of its charm and humor. And it definately won't be the same after Steve Carell leaves.
SmileKid:) SILVER said...
on Dec. 17 2009 at 10:09 am
SmileKid:) SILVER, Citrus Heights, California
9 articles 2 photos 33 comments

Favorite Quote:
Everything will be ok in the end, if it is not ok, it is not the end

Favorite Quote:
Everything will be ok in the end, if it is not ok, it is not the end

View profile
hey i love this show. and did you know that on tuesdays tbs plays 2 hours of constant The Office. just some info i thought id share
edwardsc said...
on Oct. 22 2009 at 5:14 pm
I think you did a great job summarizing this show. People who watch the office will enjoy reading it. Even people who have not seen it before will sure want to check it out after they read this review. I think you made people want to see it after they are done and see if they like it. You told us what the show was about in a very calming but entertaining at the same time. I liked how you said, "... have to get by work day to day by dealing with there jerky ( but funny ) boss..." It could be what people go through and they could feel the same way these actors do. I think the way you said, " the mockumentary is filmed in such a fashion so as the characters acknoledge the camera by constantly giving amusing looks to it after an occurrance." It makes people want to see it for every day life and for entertainment. It was a great review of "The Office."
demartinot said...
on Oct. 12 2009 at 12:59 pm
This is a really accurate review of the show. I think you did a great job summarizing the show for viewers who watch it, or people who have never seen it before. You also kind of persuade people to watch this show. I think it was great how you said in the review what the show satirizes, which was the hardships of an office life. The way you said explained what the show was about was a very descriptive way, using words like, dysfunctional, and comical. This was an awesome review of one of my favorite shows!