If you want to die of laughter, watching True Jackson, VP is the surest way of doing so. True Jackson VP is now in its second season, and with every episode, the humor is kicked up a notch higher. Each episode is its own sphere of hilarity, centered around True Jackson, a high school junior who has become the vice president of a fashion house, Mad Style, Inc. Her work at Mad Style and the antics of her two friends Lulu and Ryan are sure to tickle even the most discriminating of tastes. A talented cast starring Keke Palmer, Ashley Argota, and Matt Shively make this series the perfectly balanced between realistic and unnervingly hilarious. The eccentric employees of Mad Style add even more to the humor, including Oscar, the campy receptionist, Amanda, the classy co-vice president, Mr. Madigan, the kooky president of Mad Style, including others. Oh, and who could forget Koppelman, the food-loving, clumsy associate?
The realistic themes mixed with hilarity adds dimension and versatility to the show. A focus of True Jackson, VP is the importance of friendship. The close ties between True and her friends are shown when the trio try to fix hilarious problems that come up during work, such as trying to find a new coat design that has somehow made its way into the cluttered reject room in time for a fashion show. True, Lulu, and Ryan have to work together as a team to find the missing coat and succeed in their efforts.
Overall, True Jackson, VP is a show you should try for yourself. It’s so funny that you will often find yourself falling out of the couch laughing. Watch it and you’ll be hooked by the wild humor that no one can resist. 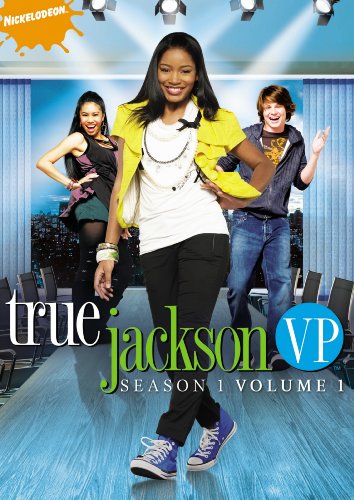 Favorite Quote:
I'm selfish, impatient and a little insecure. I make mistakes, I am out of control at times and hard to handle. But if you can't handle me at my worst, then you don't deserve me at my best.
- Marilyn Monroe

View profile
Haha. good review! True Jackson is pretty amazing I have to admit. I don't watch it very often, but I do occasionally. It always keeps me awake that's for sure. Lol.