The MTV reality show “Teen Mom” is based on four teenagers who allow us to observe their lives as they face the challenges of the first year of motherhood. Maci, Farrah, Amber, and Caitlynn all share anecdotes of their struggles, complications, and accomplishments.

“Teen Mom” is an inspiring show for other teen mothers. Being one myself, it has helped me understand that I am not alone. Seeing other people's point of view helped me to be more humble and flexible about certain situations as well. It has truly become therapy for me. I can totally relate to the show and I'm certain, or hopeful, that others will be affected in a positive way too.

However, for certain viewers “Teen Mom” has had a negative impact. Some teens believe that the moms on the show are doing well despite having a young child. They overlook the struggles and only pay attention to their good fortune: the fact they own a home and car or have a job. They don't understand how difficult it is being a teen mother, and the hard work that's necessary to get these luxuries. Some believe “Teen Mom” glorifies having children at a young age, but that is not the case at all.

One of the show's stars, Maci, demonstrates the real struggles of being a single mom. She faces custody and child support battles with her son's father and the challenges of balancing school, her son, and a new romance.

Another mom, Farrah, shows what it's like for her child to have no father, since her daughter Sophia's father died. Farrah struggles with her decision to leave her child with her mother and father in order to attend college.

Caitlynn and her boyfriend, Tyler, deal with being “birth parents” and their decision to give their daughter, Carly, up for adoption.

Last but not least, teen mother Amber faces domestic violence from Gary, her boyfriend (and her daughter's father). Their verbally, emotionally, and physically abusive relationship affects everyone, including their toddler, Leah.

I would recommend “Teen Mom” to reality TV fans. Other teen mothers especially may love this show, as I did. 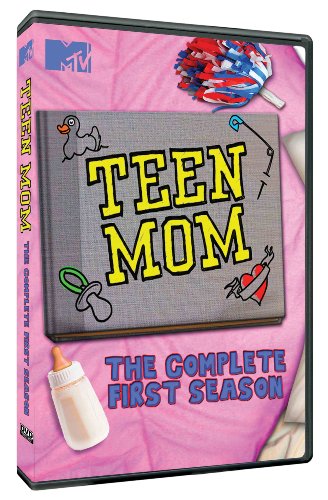