Need for Speed: Most Wanted on XBOX | Teen Ink

Need for Speed: Most Wanted on XBOX

Adrenaline pours through your body as you sit entranced in front of the TV screen. Your sweaty hands are glued to the XBOX controller as you burn rubber racing through Camden Beach, rushing to evade the throng of pursuing cops on the screen. This is a typical moment in the feverish racing game Need for Speed: Most Wanted.

Some racing games really “have it”, while others simply do not. Need for Speed: Most Wanted is definitely in with the former. Armed with an arsenal of street-racing cars, a plethora of performance tune-ups, a multitude of ever vigilant police, and more, this game is sure to please even the most critical player. The real fun lies in the diverse amount of choices available to the player. For example, there is the Blacklist, a ranking of the most notorious racers on the street. The plot of the game revolves around working your way up to the top of the list and defeating your nemesis “Razor”. To accomplish this formidable task, you must take on over a hundred races, winning each one, in order to prove your supreme notoriety. The races themselves are diverse. There are the typical lap races, as well as drag racing, timed toll-booth runs, lap knock-outs and more. This alone makes for hours of enjoyable gameplay, but the goodness does not stop there.
Alongside the Blacklist, there is also the “Most Wanted” list. Contrary to proper logical sense, taking on the cops time and time again is strongly encouraged in order to amass the most bounty. Acquiring some amount of bounty is required in order to move up the Blacklist, but to become most wanted, you must gain much more. In my opinion, going out to the streets and trashing the city in a sports car, in order to bring about a high-speed, adrenaline fueled chase is the highlight of this game. The high-quality graphics enhance the racing, and keep the player interested. There are several detailed cities and suburbs that you can unlock during the course of the game to help simulate progression. This can create longer chases due to the added terrain. Just make sure you do not end up getting busted while out on the run. If that happens too many times you will lose your car, and you could possibly lose the game as well. There are ways to make sure you do not get busted. Your car’s notoriety is measured in heat. The police will become more aggressive the higher the heat is on your car. By changing the visual aspects of your vehicle, the police will constantly be foiled and lose belligerence. In a chase itself, there are ways to evade the police, like busting through pursuit-breakers such as a water tower or a gas station. Not only is this entertaining, the police will be forced to clean up the chaotic mess, leaving you able to make a clean getaway. All in all, gaining notoriety is the name of the game, (not literally of course) and the true driving force at play here.


Overall, this game has everything necessary to keep you entertained for hours on end. Soon you will be able to proclaim yourself the most notorious street-racer ever to rupture past the speed limit. And I am sure you will do it with some style as well.


Recommended for teens and young adults 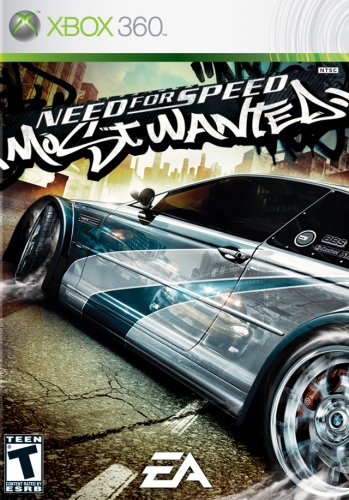 
Buy from Amazon
The author's comments:
The most groundbreaking racing game I have ever played. A true spectacle.
Post a comment
Submit your own