Heart pumping in unison with his pounding feet, Agent F whirled around a corner, his battered, old suitcase banging against the inside of his right thigh. Sweat poured down his face and he glanced longingly down at the river running alongside his street. Agent F’s first thought was of his family, his beautiful wife and adorable little girl, Annie. He hoped that he would make it back to his little girl in time to tuck her in before she went to bed that night. His pursuers were coming closer up on him, he knew his only chance to get back to Annie was to slip through an alley and try to blend in with the crowd. Taking a risk, Agent F decided to try to get up on the roofs of the buildings around him. He knew they were close enough together that he could easily clear the spaces between them. Making his way through a neat little café’, Agent F galloped up the stairs and scrambled out of a window and on to the roof. The café’ was almost on the rushing river, so Agent F was cautious of slipping into its watery depths. He looked up as a blonde figure in a black blazer stepped out from behind a storage unit and sent a bullet directly into Agent F’s forehead. Agent F was dead before he even hit the roof, the suitcase tumbling from his hand where it sat, innocently, caught on a tile. Waiting until the Agent’s body hit the muddy river with a splash; the assassin put her little gun away and started to step towards the ex-agent’s suitcase. Agent F’s murderess never reached her destination. She was promptly incinerated 10 feet from the wizened old suitcase. 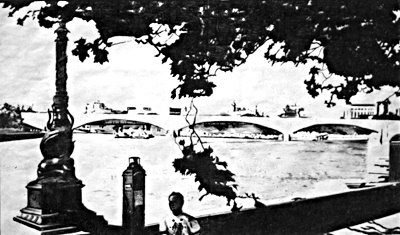