Girls: One with a tank top – brown, revealing – her elbows perched on the side as she leaned forward, peering down. Mothers coaxed children forward, glancing worriedly behind as if one might have escaped when she wasn’t looking. One small girl jumped for the plastic bag nestled in her sister’s arm, knowing of the sweets inside.

A woman, her jogging pants and T-shirt stretching, wrestled a suitcase as tall as she was and heavier than she ever would be into the center of the machine. Two hands on the handle, feet anchored, she pulled. She was boarding the boat because it seemed like the right way to go. She in fact did not know where it would go.

One driving the ship. She was the best, and everyone knew it, a woman not only of color but of character and skill. And three more, two young and one not so young, exhausted, sitting, staring at nothing in particular.

Boys: Fathers perching their children on the rails. A man running to catch the boat as the gate closed. Boys on wheels of all varieties came on. Collecting money from everyone, sitting near the captain because the small control room was the only place where there was no wind. There were not many boys in town on a night like this.

There were not many cars either. Three or four of a possible 36, their inhabitants choosing to continue inhabiting.

The sea-snail rumbled, groaned, burped. A girl in a tank top – brown, revealing – leaned over further and smiled as the engine created whirlpools in the night.

As it pulled away, there was a flash. A bang. Even the woman with a suitcase as tall as she was and heavier than she ever would be looked up. A phone was next to her ear, but she did not talk into it.

Three more, two young and one not so young, looked up in surprise. They had seen this before. One small girl gave up on candy and walked to the side of the boat. Silence, disappointment. Sitting near the captain, in the only place where there was no wind, a man turned and stared into the night, above the treeline, above the marina.

The light came again, in colors and whirs and bangs. Fathers turned their children so they could see. An older girl, holding a bag of candy, hung up her phone and looked up, then down. Her sister, a small girl, had disappeared into the color and the night.

As the boat crawled onto the open water, tilting back and forth with enough motion to be noticeable but not nauseating, the wind picked up.

And suddenly the strangers were connected.

The motion was abrupt. The boat slammed into the dock almost purposefully … or maybe it was the captain. Maybe wind did get into her room. The ride had been 25 minutes. She took a deep breath and congratulated herself.

Girls: They were forced to recover. One with a tank top – brown, revealing – tore herself away from the side of the boat. Mothers coaxed children forward, glancing worriedly behind as if one might have escaped when she wasn’t looking. One small girl directed her attention to a bag nestled in her sister’s arm. She had forgotten how fiercely she longed for the treats inside.

A woman, her jogging pants and T-shirt stretching, wrestled a suitcase as tall as she was and heavier than she ever would be onto the dock. Two hands on the handle, feet anchored, she pulled. Finally, it gave. Her cab had not arrived.

One driving the ship. The entry had not been her best. She needed to fix the window; the wind was distracting. And three more, two young and one not so young, exhausted, walking quickly to a car that would take them to bed.

Boys: Fathers lifting their children down from the rails. A man running to catch a car as the door closed and the engine started. Boys on wheels of all varieties took off. Preparing to collect money from new passengers, one left the control room where that night there was wind. There were several boys going home on a night like this.

The cars were long gone, the inhabitants never having cared.

An older couple, of whom no one had previously been aware. As the rest filtered off methodically, they stayed. They held hands, held each other. They leaned against the netting on the ferry, gazing into the night, smiling as the last light faded and the darkness again engulfed them. 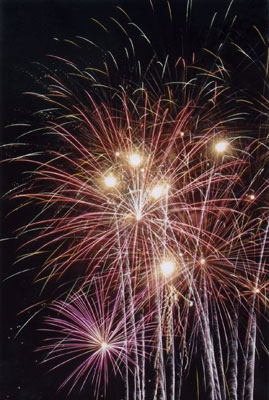 Favorite Quote:
"Winston, you are drunk." To which Churchill responded, "and you, madam, are ugly. But in the morning, I'll be sober,"-Lady Astor and Winston Churchill