"Killing For My Daughter" | Teen Ink

"Killing For My Daughter"

“This is a story of a burglar that has been a robber for more than 4 years. His whole family still didn’t know that he was a WANTED man. He has been stealing money from all over the world. He has been feeling guilty for the rest of his life after all the bad things he was doing to innocent people. Do you like what you hear so far?


My life has been so bad. I‘ve been abandoned by my family ever since I was little. I was also an immigrant. I had to immigrate to many places. When I came to The United States, I began to steal money from banks. I stole money to live at least somewhere. I felt succumb When I was walking, I met the prettiest woman in the world. I thought to myself. She talked to me. She knew that I was a criminal. And she also knew that I was ambitious for money. I know, it is rare for a woman to talk to a criminal. It was like she read my mind. She knew that I was a nice man. I told her that I stole for a reason. I had to live somewhere. She told me that I can work somewhere. Even if I get $10 dollars an hour, I just wanted to live somewhere. As we talked and talked, we fell in love. She let me stay over her house. I got to live there. It was really warm in her house. It was like she was the bear living in a perfect habitat. We kept going out .One night, I proposed to her. I told her is she wanted to marry me. She said yes. I was really happy. We embraced each other. We were so happy. We got married and had a daughter. We were so happy. When my daughter was 2, my wife died. She died of a car accident.
In that instant, I felt like my heart demolished. It was like the whole world ceased for a second there. I had to raise my daughter myself. It was really hard .I couldn’t go to my job because I had to take care of my daughter. As she grew older, she went to school. That is when I started to steal again. I didn’t have any other choice. How was I going to maintain my daughter? When her teacher told me that my daughter was feeling sick, I took her to the doctor as soon as possible. The said she had a disease. She was diagnosed with cancer. I felt like I couldn’t sustain myself. I felt really bad. They said that my daughter had to stay in the hospital until she felt better. They said they had no cure for this. My life was a complete chaos at that time. Once I envisioned that my daughter died. I cried my heart out when I had that dream. Every day, I’ll go to the hospital to see y daughter. Then I‘ll always put on a mask so no one will recognize me. I always ran away from the cops. And kill people for their money. I didn’t feel proud of killing so many people. Once, when I was stealing money from the bank, I couldn’t run fast. I really needed a vehicle at that time. I held up the gun to the old man that was inside the car and told him to get out of the car. I felt like I transformed to a different person. I was carrying a lot of money in my hands. I told him to get out. He started telling me to put down the gun. But I really needed the car. I had to escape from the cops. Then as I was opening the car door, I accidently shot the old man. I wanted to help him up, but I couldn’t. I went inside the car and rode off. At that time I went to the hospital. The doctors told me that t hey had to operate on my daughter. They told me that I had to pay them as soon as possible. I payed them the money that I stole. I went through obstacles to get the money. I t was worth it. They said that her cancer was next to her brain. I t was a profound issue they told me.
I began to cry. They told me that if they don’t do anything about it, she can die. They said it was their motive for her survival. The doctors told me to wait in the waiting room till the operation was over. When I was there waiting, I saw the man that I shot by accident. I ran quickly to the bathroom. There were people surrounding him and praying for them. There was someone yelling. God please make a sacrifice so my husband can live. A felt bad. I began to pray for the old man and my daughter. I felt humiliated for all the bad things I did. I also felt wretched. I fell asleep on the waiting room chair. One of the doctors woke me up with a smile on his face. At first I was confused. Then the doctor told me that the operation was successful. The doctor told me that it wasn’t cancer. The said it was a tumor. I felt so relieved. That was the end of that. I started going to therapists that helped me throughout my whole life. But the only thing that I didn’t clear of y mind is that I never told my daughter about what I did just to get her to survive. Well, this is life. Everybody makes mistakes. This was my life like a criminal. Not a pretty good life huh? 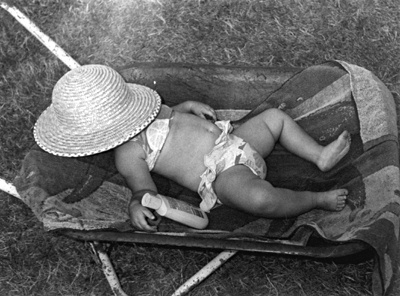 Okay, I have a bit of criticism.

1.  Show, don't tell.  Describe things and be more subtle when you say what is happening.

2.  Again, you need to paragraph more often.  It's just easier to read that way.

Favorite Quote:
I will because I can, I can because I want to, I want to becasue you said I couldn't.

This is a really convincing piece, I almost thought it was real. I think you had a great sense of audience and I felt like I could hear your voice, or at least some random person's voice, telling the story.

I just was wondering if you could tell what happened to the old man? And the daughter,. How old was she when this happened to her? What was your inspiration? Does the main character ever get caught? I know these are some sort-of irrelevant questions, but they're supposed to make you think about what you wrote. My english teacher says it'll make you a better writer if you think back on what you wrote. Even these little questions help. Also, one last thing, could you maybe re-write this story, but from the daughters point of view? Or even the mothers, just because i think it would be harder and maybe more interesting.

Favorite Quote:
"'For I know the plans I have for you', declares the Lord, 'plans to prosper you and not harm you, plans to give you hope and a future.'" Jeremiah 29:11. Thank you Lord, for this future you've given me.

I don't know if it's just me, but when a story only has 3-6 paragraphs, it kind of annoys me... That's the only bad thing I can say though, except for a few grammar/spelling mistakes that really stuck out.

I really like this story-line, and it's written in a good tone.

Please take a look at some of my work, rate it, comment on it, if you have the time! :) I'd appreciate it!