Molly was sitting on her bed when her mother Kim knocked on the door. "Come in mom." Molly caled to her mother. The door opened and Kim walked in.1

"Honey are you ready for school?" Kim asked her daughter. She thought Molly looked a little off like something was bothering her. Like she was upset about something.2

"Yes mom." Molly mummbled. She was really upset, but didnt want to talk to her mother. 3

Kim couldnt take it anymore. She had to figure out what was wrong with Molly. "Whats's wrong hunny?" She asked. Molly didnt answer she just got up and walked over to the window. Kim was starting to get really worried. She tried once more to reach her daughter. "Sweetie, you can tell me whats wrong." Kim pleaded with her. Molly just continued to stare out the window. Kim didnt bother to try to get Molly to reply. "Do you want me to drive you to school? kim asked.4

"No, I'll ride the bus." Molly mumbled. Molly knew it was not a good idea to ride the bus. But it was better then riding with her mom. She knew her mother would try to get her to bring the subject up again. What she was keeping a secret her mother would never have guessed or accepted. Her mother was against all and any kinds of Gay Sexuality. If her mother found out she was a lesbian Kim would disown her.5

As soon as the kids at school had found out they made fun of her and harrassed her. It was so bad she dreaded going to school. She jumped when her mother spoke, bringing Molly out of her thoughts.6

"Oh. okay, well I got to go to work." Her mother replied. "You better hurry up or your ging to miss the bus."7

"Okay mom, see you later." Molly mummbled. She watched as her mother left the room. As soon as she heard the front door she turned back t the window and watched her mother drive down the road. Molly trudged over to her bead and grabbed her pillow she screamed into it a couple of times. Feeling a little bit better she grabbed her school stuff and headed down stairs.8

Tom the bus driver pulled up in front of Molly's house. She wasnt out yet so he decided to beep the horn to let her know he was there. As soon as she heard the horn she raced out the door. The second she stepped on the bus, she knew she would later regret it. 9

"Hey, Molly sit here." Her friend Carly called to her. The only good thing about riding the bus was she had Carly to talk to. "So did you get your chemistry lab done?" Carly asked Molly. "Molly didnt answer. "Molly...Molly." Carly called over and over again. 10

"Yah ... I guess so." Carly muttered. Carly decided to leave Molly to her thaughts. The next time the bus stopped she moved up front to talk with other friends. Molly was soo deep in thaught she didnt even notice. A couple of girls a few rows back started throwing paper balls at Molly. She tried to ignore them. It worked until they started saying crap.12

"Hey you... Ms. F**!" One of the girls called to to Molly. Her name was Sabrina. The other girl was Kiki. "Hey freak! You gonna answer me?" Sabrina shouted.13

Molly couldnt take it anymore. "What the f*** is your problem? We used to be great friends, what did I ever do to you?" Molly shouted back14

"Um... lets see you came out the closet" Sabrina shouted back.15

"Girls, sit down and shut the hell up." Tom shouted. The girls just ignored him. "Okay, and thats why you hate me?" Molly snapped, while walking to the back of the bus towards the girls.16

"That and we cant be seen with a f**." Kiki said with a smirk on her face. Everyone on the bus started to shout, "Fight... Fight... Fight." over and over again. " Your nothing to us except some freak. We never liked you in the first place. If I were still hanging with you, I would be classified as a freak. That cant happen." Kiki replied.17

" I really thaught you both were my friends." Molly muttered. "But I guess I was wrong." 18

"Your a freak, get the f*** away from me. Your a f***ing f**. No one likes you, and no one will ever like you. Go join the zoo queer. Cause thats the only place you might be accepted. Kiki growled at Molly. "In my opinion f**s like you should be shot and killed.19

Molly couldnt hold back the tears. They streaned down her face. "Oh no Kiki we made the creep cry." Sabrina shouted for the whole bus to hear.20

There words cut her like a knife cuts you. "You wanna know something Sabrinna and Kiki? Looks like you got your wish!" Molly cried out. As she was heading towards the front of bus Kiki shouted. "What the hell does that mean?" 21

As soon as the bus stopped she loked back and shouted "Figure it out!" When the doors opened she walked off the bus. "Where in the hell do you think your going? Get your a** back on this bus!" Tom shouted after Molly.22

"None of your f***in buisness." Molly shouted over her sholder. She was maybe ten minutes from her house. She headed on foot back to the house. When Molly walked through the front door she raced towards the kitchen, and grabbed a sharp knife. Then headed to her room. Along the way she grabbed medison out of the bathroom. As soon as she was in her room she grabbed paper and a pen.23

She scribbled a note. When she was done she grabbed a knife. Molly cut repeaditly over and over agin. Each cut represented a harsh word in her life that was ever said to her. When she had cut just about ever part of her arms and wrist, she grabbed two bottles full of pills. Then she grabbed a glass full of water off her night stand. Left there from last night. Molly took every pill in the two bottles. She grabbed the note off her bed. There was blood everywhere. Half an hour had past, She felt light headed. The room was spinning so fast. Ten minuites later she collapsed on the floor.24

Three hours later KIm pulled into the drive. The phone was ringing. When she walked through the door. She decided to let the answer machine get it.25

"Ms. Piper I was wondering why your daughter Molly Piper was not in school. If you could please call me back at 1-800-649-2648. Thank you and have a nice day. Kim couldnt belive that Molly had skipped school. She raced up the stairs to confront her daughter. "Molly... Molly where are you?" kim called.26

No answer. When she got to the top of the stairs she noticed Molly's door was closed. "Molly...Molly you in their?" Kim hollored, still no answer. Kim reached her door and shoved it open. "Molly why..." She didnt get her words out. There laying in the middle of the floor was Molly.27

"Oh my god, Oh hy god." Kim screamed. She strummbled over to her daughter. "Molly...Molly." She cried over and over and over. Kim grabbed her phone out of her pocket.28

"Yes its my daughter. She's not moving. An there's blood everywhere." Kim cried into the phone.30

"Okay mam, try to stay calm." Operator replied. "The ambulince is on there way."31

"Thank you." Kim mummbled. Kim just sat there rocking back and forth on the floor holdong Molly in her arms. Fifteen minutes later the ambulince arrived. Soon after Molly was pronounced dead. Next to her body was a note that said. "Looks like you got your wish!"32 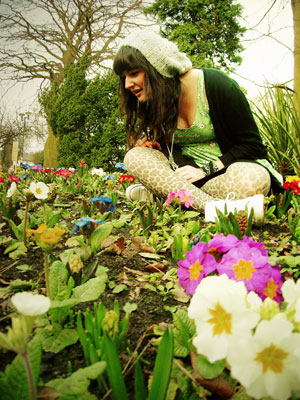 The author's comments:
People always Bully me at school so I made a story about it but made the ending different. Hope you all like it.
Post a comment
Submit your own