Katie stood on the small balcony off her new apartment’s kitchen. The dark night was still very much alive; cars zoomed by, people walking along the streets were laughing and joking as the walked to and from clubs and parties, and the lights of large buildings and the boardwalk glowed. Katie good just barely see the dancing reflecting of the half moon on the ocean water. Katie sighed, and walked back inside. Her room mate, Blythe, was grinning at her lap top as she chatted playfully with people online. Blythe would rather stay home and chat with strangers, her “friends”, than go to real parties and to the boardwalk.
“I’m going to bed.” Katie mumbled as she dragged herself past Blythe to her room. Katie usually went out to parties and the boardwalk, not clubs, but no one was available to accompany her. She was careful not to go alone, fearful of having to walk home in the dark by herself. In her cheery, blue painted room, Katie changed into boxer shorts and a over sized t-shirt. She climbed under her numerous amount of colorful throw blankets and turned off her lamp.
Katie stared up at the motionless ceiling fan and wished it was rotating. She was suddenly hot, heat was building up under her skin. She pushed the blankets aside and rolled over on her stomach. Soon she fell into a deep sleep, deep enough to avoid dreams.


Katie stumbled out of her room, praying silently that she had coffee creamer left, just enough for one my cup. Blythe was already showered and at her laptop, giggling like a hyena. Blythe was semi-cute in Katie’s opinion. She wore black, rectangle glasses, had wavy blond hair with dark under tones in it, but her nose was oddly small. Her black eyes looked beady behind her glasses, although they had eye lashes that curled perfectly.

“Good morning, Katie!” Blythe greeted her cheerfully. Katie just smiled at the sight of coffee already made. She poured herself a glass and poured in her creamer. She stirred it slowly, watching it swirl into a light soft tan color that meant perfection.


Katie clasped her thin looking hands around Pierre’s arm, hoping she wouldn’t get lost in the crowd of dancing bodies. She rarely went to clubs, they didn’t appeal to her. Pierre had black hair that he kept a little long and brushed back smoothly from his face, which was slightly muscular, making him look extremely attractive when he smiled, or did anything for that matter. He was carefully manoeuvring through the people towards the bar. Katie, a head shorter, just tried to stay on her feet. She had worn her four-inch black heels and she found it a little more difficult to walk in them at a club.

“Katie, want a drink?” Pierre asked her, leaning in close so she would hear him. His cologne made her grin and he took that as a yes. He handed her a glass and pulled her towards the empty side of the bar. He helped her into a bar stool and took a drink of his casually. Katie glanced down at the alcohol, she assumed, and since she had never drank anything like it before, nervousness tied her stomach in a knot. She raised it to her lips and felt Pierre’s eyes burning into her face. She took and sip and the burning liquid traveled painfully down her throat and through her chest. She gasped and felt embarrassment brighten her cheeks.

“You ok?” Pierre leaned close wrapping his well muscled arm around her protectivly and she just grinned.

“Caught me by surprise, is all.” She said holding her drink up a little. She took another drink and let it sit on her tongue till she could handle it no more. She liked the way Pierre looked at her after she took a drink and she drank her glass down and got a new one like he did. This went on through the night, till she couldn’t remember a thing.

Katie opened her eyes and sat up, confused. The pounding in her head made her feel dizzy and she looked around the room. The room was well furnished with dark woods and warm browns, but she had never seen it before. She climbed out of the empty bed, shocked to see you was wearing only her bra and underwear. She found her clothes and put them on. She opened the only door and found herself in a large living room with a large window that looked out over the ocean. Pierre sat on the couch, watching TV casually.

“Hey babe, finally woke up.” He stood up and walked over to her, he wore nothing but his black boxers. He wrapped his arms around her, pulling her close.

“Don’t worry, nothing real went down last night.” He whispered and a sigh of relief escaped Katie’s lips.

“Don’t sound so happy,” Pierre grumbled, his lips brushing her teeth. Katie grinned and stepped back.

“Well, sir, I should be going.” She made her way to the door without stumbling in her heels.

“Bye, pretty lady.” He called after her and she pulled the door shut behind her. 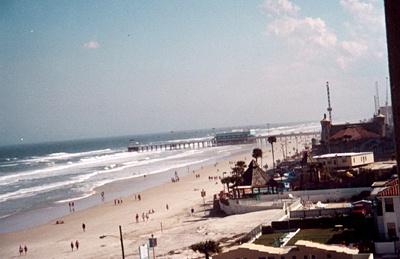