The Song Is Ended, But The Melody Lingers On | Teen Ink

The Song Is Ended, But The Melody Lingers On

I was 37 at the time. As I walked to the podium to start my speech people around me were crying. But the walk seemed to take hours and in that time I started to remember everything.

My first memory that I remember about my big brother Trevor was when I was 3 I asked my mom why Trevor didn’t look like most people. All she said was that Trevor was special, at that time Trevor was 8 years old. Trevor didn’t really talk all he did was kind of mumble out words and make funny noises. Trevor loved to play and he loved to draw pictures. Our whole fridge was filled with drawings from Trevor and I. When I went to kindergarten I noticed that Trevor had his own special teacher that took him from room to room and helped him eat lunch and do every day stuff that I had been able to do for a long time. When I got home that day I looked at my mom and asked why Trevor got to have a special teacher and why Trevor couldn’t do most of the things I could do. But once again all she said was that he was special and that he needed to have his special teacher which she told me was like a helper for him. One day while my teacher was walking us to our bus I saw a boy come up to Trevor and call him stupid. This seemed to really hurt Trevor’s feelings. I broke of my line and went up to the boy and started to yell at him, I remember telling him that my brother was special and that he wasn’t stupid, the boy laughed at me and walked away. When I got home I told my mother what the boy had done and she sat me down for a serious talk.

She explained to me that my big brother Trevor had a birth defect called Down syndrome. She told me that this caused him to look different from other people and she told me that there was nothing that people could do to make him better just that this is the way he is. I looked at my mom and asked why he could have Down syndrome and why I didn’t. All she said to me was that that was way over my head and I wouldn’t understand it but she would explain it to me when I was older. From that point on I took it upon myself to make sure that no one would ever be mean to my big brother again.

When Trevor turned 12 he started to be able to talk better and he was able to carry on conversations with people, not for very long but just hearing my brother talk after so long just seemed amazing to me. Trevor went to the doctor a lot he needed to be checked up on a lot and he needed special medicine. I loved talking to my brother sometimes when I had to read a book for school I would read it to him. He loved stories and sometimes he would tell me how his day at school was.

On my 10th birthday I had a huge sleepover party at my house I had 12 of my best friends over. When we all sat down to watch a movie Trevor wanted to watch a movie with us. One of my friends immediately looked at me and told me not to let him watch it with us. I was very puzzled and I asked why she said that she told me it was because her big brother had told her that he was weird her big brother was 15 (the same age as my brother) and he had told her that he was weird. I got so mad when I heard this I looked at her and said well your brother is wrong my big brother is amazing and anyone who thinks something different is not right, then I looked at Trevor and said yes Trevor you can watch it with us. I hated it when people said something bad about him it made me hurt because it hurt him.

Trevor and I became best friends we always hung out together he had such a free spirit. He was more fun to hang out with than most of my best friends. I could tell him all of my secrets, he wouldn’t judge me or make fun of me he was just always smiling. When I would tell him something that had made me sad or mad he would always hug me and say it’s okay. It’s weird most people would fight with their siblings when they were children but I never remember fighting with Trevor. There was never anything to fight about. The only bad thing was that sometimes Trevor wasn’t able to find the words to explain to me how he was feeling. But I could always tell when he was sad and when someone had been being mean to him.

When I got to junior high Trevor (who was in high school) got to ride my bus. This was because the kids in junior high and the kids in high school got to ride the same busses. I would sit with him going to and from school. Trevor would always be on the bus before me because his special needs teachers would walk him to the busses earlier than everyone else. Trevor was a senior in high school that year. I didn’t know what he was going to do after that because he wasn’t going to go to college and he couldn’t get most jobs. I honestly started to feel bad for him. I remember me thinking that when I graduated from high school I wanted to be a special needs teacher and help other kids with Down syndrome. But poor Trevor wasn’t going to be able to do that. On the night of his graduation we all dressed up. Trevor was all dressed up in his graduation gown and myself in a pretty blue dress. My mother was wearing a yellow dress with a white cardigan and my father in a black dress pants and a red top.

At his graduation they began to call the names of the students. Near the end of the list they called Trevor’s name. Trevor and his teacher walked up on stage and received the diploma and then walked off. As all this was happening my mother father and I along with the rest of my family all stood up and clapped as loud as we could. I was so proud of my big brother. I knew despite all of his obstacles he never gave up and he never let anything and anyone get to him.

My high school years went along just like anyone else’s there was drama, boys, sports, grades, and everything else. Every day when I would come home from school Trevor would be waiting at my bus stop for me and he would make me tell him every little detail of my day. He was very interested in the drama that went on. Looking back at it now it was pretty interesting. I remember my boyfriend came to pick me up for prom, Trevor answered the door, the first thing that he said to him was that he better treat me right or he will have to beat him up. Both my boyfriend and I had to smile at that.

The day of my graduation my parents had a big cookout and invited the whole family and some close friends. I had decided that I wanted to be a doctor and I was accepted into University of Washington School of Medicine. This was a big deal because it is one of the best medical schools in the United States. I felt kind of bad though, Washington was practically across the country, and this was going to be the first time that I would be away from my brother. I was definitely planning on visiting whenever I could but I still felt bad.

During college I met the man of my dreams, Phillip. He was also studying to be a doctor. After we both graduated from college we got married and moved closer to my home which was in Illinois. Trevor of course was our best man. He looked very happy to be there, he had that gleam in his eye that he always had when we were kids. But he was starting to look tired and weaker than usual. He was 37 and people with Down syndrome usually live to be around 40 to 50 years old. It was truly sad that he had to be paired up with this nasty birth defect that had robbed him of most of his life.

My husband and I had 2 girls Eva and Claire. They were identical twins, they reminded me of my brother, full of life and happy. On November 14th I got a call from my mother saying that Trevor had to be sent to the hospital and he wasn’t doing so well. Tears came to my eyes, I told her I would be there in half an hour, and then I went alone to the hospital. When I got there Trevor was sitting on a hospital bed with monitors attached to him. That gleam that had always been in his eyes was faded and dull. He seemed to know that he was quickly running out of time. With my mother, father and I sitting in the room he looked at me and told me to come to him. I walked up to him and he took my hand in his and he said thank you for being the best sister I could ask for. As he said that his hand started to feel weaker and weaker and his eyes shut. The monitors made a beeping noise and nurses rushed in but his time had come.

Then with one last stride I got to the podium where I would begin my speech for my brother. This is what I said.
“Trevor was more than my brother, he was my best friend. He taught me that even when every force in the world seems to be against you, you have to focus on the good things instead of the bad. He also taught me to live life to the fullest. Trevor and I used to tell each other stories when we were little. But I think the greatest story I have witnessed in my life was Trevor’s.”
And then I ended my speech with this quote by Irving Berlin.
“The Song Is Ended, but The Melody Lingers On.” 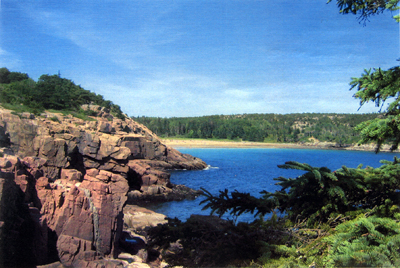 The author's comments:
I wrote this piece for my creative writing class. I am very proud of this piece.
Post a comment
Submit your own