It was sunny outside. The beautiful golden rays dancing across the dew-dropped grass. The light and warmth seeping through me, and making my day a cheery one.
It was another morning of waking up and you not being next to me, instead you were next to someone in a tent at a military base, preparing to face a hard day at war.
You had been deported 3 months ago, back to a 5 month tour in Afghanistan. I had been crushed when you received news of leaving, especially since I had been expecting a new child in 6 months.
I begged you to tell them you couldn’t, begged you to beg to stay away from war. But you were brave, and proud to be serving your country.
The day you were boarding the plane you looked deeply into my eyes and said softly, “My duty is to keep America safe, I can’t give up. I’m protecting all the mothers and their children.” Then you gave me a kiss and walked bravely off to the terminal, as tears slowly fell down my cheeks.

But that had been 3 months ago, and I was counting down to the blessed day of you returning. I had kept my hopes up, knowing you were doing what you would, and that you would always be safe. Knowing that I went and dressed in my sundress, took a glass of flavored water and headed outside to lounge in the yard.
I soaked up the sun through my arms and legs, relaxed, and sipped my drink. Thinking, “Soon he’ll be able to join me, and everything will be perfect.”
Just as I was picturing your chocolate eyes, and thinking about how we laughed, and talked while watching old movies. I heard boots squishing the grass. I turned around to see a General with an envelope in his hands.
“Sir’,” I said getting up from my lawn chair and glancing at the damaged grass trail behind him.
“Are you Mrs. Hassbate?” He asked in a strong voice.
“This is she,” I said smiling. He pushed the envelope to me with controlled force. I timidly opened it up and read it.

We send our sincere condolences on the military death of Trey Michael Hassbate. Trey Michael Hassbate died from an explosion as him and other troops passed over an un-known mine field, to get to a major Rebel Force communication building. He died a most noble life, and of that you should be honored. 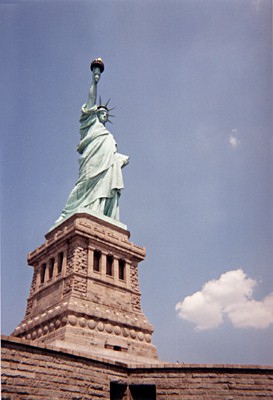