I let go of his hand and stood next to the pile of dirt. The headstone, gleaming in the sunlight, brand new, and I let out a sob. I covered my face and sobbed into my hands, because Ryan was gone. My boyfriend put his arm around me, and pulled me back a little.

“Rae, calm down.” Kellen was holding me to him with one arm, the other trying to pull my hands from my face.

“Shut up, Kellen.” I said back coldly, removing my hands and glaring at him. We were alone in the graveyard now, everyone gone.

“You know what Kellen, I loved him.” I knew that would make him mad. Kellen and Ryan had been competitive over me and I had always thought of Ryan more a brother, that is until a few weeks ago. Kellen’s anger was what held me back from going to Ryan, I could barely hang out with him without getting a scolding from Kellen afterwards. I thought I would have time to build up the courage to dump Kellen, but my time ran out, and now Ryan was 6 feet under ground.

“What did you just say.” Kellen’s voice made me tremble.

“I loved him, too.” I said it softly and I couldn’t stop my tears of sadness and fear.

“More than me?” Kellen looked at me with angry concern, an odd combination.

“No.” I played it smart. I hoped Ryan was in heaven and didn’t hear me, and if he did, he knew I was trying to stay alive. But dying right now would bring me to Ryan sooner...

“I love you, Rae.” He pulled me close to him, so close I could barely breath and his cologne made my eyes burn.

“I love you, too.” I said it flatly, but my voice cracked so he didn’t notice.


“Rae, want to go get some lunch on the Plaza?” Kellen sounded perfectly normal, only four days since the funeral. I felt disgusted with him. I feared that Ryan’s death had sent me into a state of depression.

“No thanks.” I ran my fingers through my hair, brushing it away from my face. Ryan would do that for me and I missed the feeling of gentleness and complete love he gave off. I had mistaken it for brotherly love and I hadn’t grown a proper brain till it was to late.

“Stop moping and feeling sorry for yourself Rae. Think about me, I just want to spend time with you.” He sounded like a clingy prep from my school. I wanted to puke.

“Kellen, I think we should take a break.” I said it and I wanted to take it back, but I knew I couldn’t and shouldn’t.

“What?” He sounded surprised.

“I want a break, Kellen. Ryan’s death changed my mind about things and I want...” I stopped, my voice catching in my throat, fear closing it up.

“Your breaking up with me?” He sounded shocked, like I was stupid for even imagining it. I started to correct it but instead I just said “Yes.” My thumb clicked the hang up button without my permission, but I kind of liked the way that ended.


The next week, school started and I didn’t even think of Kellen. I had ignored his calls and his texts. I was thankful he hadn’t come over, because I would have been in trouble then.

I wore my favorite jeans that fit me just right and the shirt Ryan had bought for me when we went to a small Mumford and Sons concert. It just had a lion on it and I loved how soft it was. We had gone back to his house and that’s all I wore as we snuggle on his living room couch. It held his smell in it and I tried not cry as I slipped it over my head.

I parked my car in the student parking lot, mostly empty because not many people drove to school. For some reason, the buses were the “thing”. Even Kellen and Ryan had been into it. Probably the constant fights that broke out on them, I don’t know.

Inside, I greeted all my friends and I accepted the “I’m so sorry about Ryan”s. I had my same locker as last year and I put my stuff from my bag inside.

“Rae.” The voice sent chills down and I kicked myself for not remembering that he would be here. I was only a junior, but Kellen and Ryan had been a grade older, seniors this year.

“Kellen.” I said turning to face him.

“You really, really, make me mad.” He looked at me with a frozen blank face and his eye twitched.

“I don’t care anymore.” I stared back, Ryan’s courage burning inside me.

“Wrong answer.” He shoved me into the locker and I scrambled for balance and I felt some of the courage pour out of me, but I sucked it up and wiped the fear (tear) from my eyes.

“Leave me alone, Kellen.” I shut my locker door and tried to leave, but he grabbed my hair and I tried not scream, people were gathering around and people were cursing at Kellen to leave me alone. He just ignored them and he jerked me around by my blond hair and the tears squeezed out of my eyes. I wished Ryan was here, the push Kellen away, to save me. Be my superman. I remember when we had gone to a Halloween party as Superman and Super-Woman. Kellen was so angry at me he glared at me for a week afterwards.

Kellen let go and stepped back. I clutched my aching scalp and glared at him.

“I hate you.” Was all I could say before my friends pulled me away. 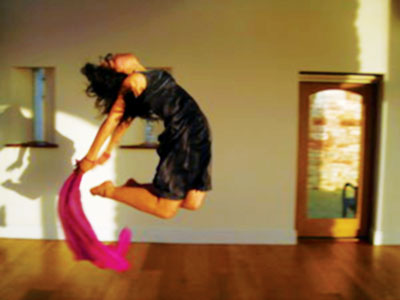 Favorite Quote:
"It's kind of fun to do the impossible!"-Walt Disney
"It's not the years in your life that count, it's the life in your years."- Abraham Lincoln
"Be the change you wish to see in the world."-Gandhi
"The truth is out there."-The X-Files

It was sort of a sad story how Ryan died, but I liked how you took Ryan's death and used it to give Rae strength. I also like how you kind of make the readers hate Kellan even in the begginning.