Headphones in, eyes closed. She swayed slightly and tapped her foot to the sound of the music in such a way that I could almost feel the beat inside me. She was across the street, sitting on a partially white bench with large spots where the paint had began to peel, revealing the natural wood. It was a cold day. The first truly cold day of the year. The sky was hazy overhead, threatening to burst open and sprinkle a dusting of early snow.
But she was dressed warm. Short hair peeking out underneath a black-knit cap, her delicate neck wrapped in an over-large blue scarf. She was stunning. She didn’t belong on the graffiti-covered, old gum-encrusted bench. But there she was, every morning at the same time, in that same spot, listening to music intently. The world was blurred around her, and she didn’t seem to notice it.
Some days she would bring a book with her. She was even more marvelous while concentrating, her head lowered, occasionally lifting her hand to tuck a loose strand of hair that had fallen in front of her face back into the hat.
The bus pulled up and I averted my eyes to look into the now luke-warm cup of black coffee. Without really thinking I took a sip, grimaced. I didn’t like warm coffee. The waitress was at the table now, looking across the street at the bus, one eyebrow raised. She asked me if I wanted her to refill my cup. I shook my head. She started to leave, then came back, her white tennis-shoe squeaking against the pea-soup colored tiles as she turned on her heel. She leaned forward, resting one hand on the table, the other on her hip. She looked slightly aged, perhaps from raising children, I guessed. But her eyes told a different story. They were large and youthful, deep brown.
“I see you in here every morning,” she said quietly, her eyes laughing like a childâ€˜s. “Talk to her.” Her back was already turned to me before I could say anything, and I watched her disappear into the kitchen, then looked out the window. Too late. She was gone with the bus.
I pursed my lips and sighed, left the waitress a tip by the half-empty cold coffee. I gathered up my things, a ratty black computer bag full of paper and pens instead of a laptop, and the newspaper I had bought at a stand.
I tucked the newspaper under my arm and pushed open the glass door. The cold wind swirled against my face, kissing my cheeks red. My eyes focused on a flake of snow falling in front of me. I watched it, swirling slightly in the breeze, slowly until it touched the cracked sidewalk.
The world repositioned itself in front of me, suddenly covered in a whirlwind of white. I shoved my hands into my jacket pockets and started off down the street, drinking in the fresh scent that the new snow brought with it. Maybe tomorrow, I thought, turning the corner and leaving behind the little coffee shop. 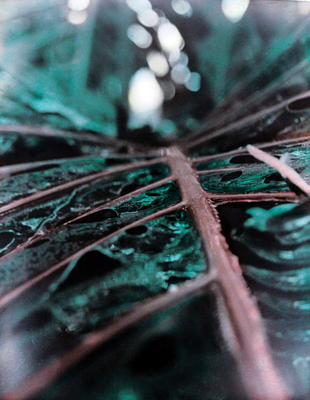 This article has 62 comments.

Favorite Quote:
"Don't look back on happiness or dream of it in the future. You are only sure of today- do not let yourself be cheated out of it."

Favorite Quote:
"Come fairies take me out of this dull world, for I would ride with you upon the wind and dance upon the mountains like a flame.".... W.B. Yeats.
"Flying is learning how to throw yourself at the ground and miss." - Douglas Adams

This piece has a great way of writing in thoughts. There's no disconnect between the way someone's train of thought would meander on and the way you write. Great job!

Would you mind reading some of my work? 'Burnt Leaves' is the title of one of my works. If you could that'd be great! Thanks!

Favorite Quote:
"I'll love you forever or find something better..."

View profile
This piece of writing is very moving, it seems to be all about courage. You hit every detail perfectly, I can see this scene happening in my head. You are a great writer and this piece truly shows it. Great Job!
OfficialApprover PLATINUM said...
on Jun. 18 2010 at 9:14 am
OfficialApprover PLATINUM, Orefield, Pennsylvania
48 articles 0 photos 1752 comments

Btw, anyone who sees this, will you check out and comment on my work?

i agree i like the way that it could actually happen

and the detailed language was interesting

haha! he sounds like such a procrastinator... and you made it seem like he's said that same thing for a long time now, which makes it so much more interesting.

Favorite Quote:
" Always do right. This will gratifiy some people and astonish the rest." Mark Twain

View profile
and for everyone that thinks it needs more, then just accept that this is HER story and she doesn't want to change it. i feel the same way when someone tells me to change my work, but i'm the author and i'm in control of the story. this is HER story. and if she doesn't want to change it then that's fine. i like it the way it is.
Sarbear GOLD said...
on Mar. 22 2010 at 11:44 am
Sarbear GOLD, Milan, Ohio
10 articles 4 photos 489 comments

View profile
this is very realistic and i love that. i could feel the emotions of both characters and the sadness of the morning. great job! check out some of my stories too:-)
MissFaber SILVER said...
on Mar. 22 2010 at 11:07 am
MissFaber SILVER, Wayne, New Jersey
5 articles 0 photos 156 comments

View profile
it's an adorable short story, and strangely realistic. not everybody gets what they want.

Favorite Quote:
scientifically speaking it is physically impossible for a bee to fly,
but bees don't know that,
so they keep flying anyway (:

View profile
This is so cute! it's such a simple story but it has such great detail it makes you feel what this man is feeling about his mystery girl! it's amazingly sweet and well written. beautiful.