A Conversation with Ms. Future

Golden threads of morning light shined my through the slim gaps between my bedroom curtains. A quiet buzzing sound pulled me out of my dreams. Still half asleep, I felt around my pillow for the phone. Upon discovering the device, I accepted the stranger’s call.

“Hello.” The voice sounded eerily similar to my own.

“I am your future self, and I’ve come with important news.” In the background, repeated sounds of rushing water echoed with static. “A devastating flood has occurred due to the overuse of petroleum for over two centuries. Pollutant oil now engulfs the ocean’s surface, the atmosphere is oversaturated with greenhouse gases, temperatures are rising, and every continent except the Great Plains in the United States have been flooded completely.”

“Sorry, but who are you again?” I scratched my forehead as I reasoned that perhaps I was hallucinating or hearing things.

“I am your future self.” She continued casually. “The entire human population has been removed to live in skyscrapers in this concentrated space on the Great Plains, and our resources are draining rapidly. At this rate, humanity will meet its final doom in just a few years. In order to avoid our doom, you have been selected to be our ambassador from the past. A copy of the necessary files have already been sent to your computer, which contains a list of alternate solutions that can potentially be implemented to limit petroleum usage. When you make your decision, simply press the corresponding button on your end and the change will be made. Remember that you are essentially choosing the future for yourself and those around you. The link will close shortly in one hour. Choose wisely.

“...I’m sorry, is this a prank call?” I stuttered while trying to comprehend the load of information this mysterious “me” had presented. At this point, I was fully awake. I straightened my back, then leaned in to listen to her reply.

“We can assure you that this is a serious matter at hand. We will be awaiting your action. Goodbye.”

“Wait-I’m not fini-hold on-” beep. beep. beep. “Wait! Please come back!” My eyes were afraid to move; I was glued in place with the chilling voice still echoing through my eardrums. Suddenly my computer lit up to reveal a convoluted screen of numbers and symbols. After moments, bold words had appeared along with elaborate descriptions of each.

“1. Wind power: turbines capture kinetic energy from wind and convert it into electricity. 2. Solar energy: solar photovoltaic converts sunlight to direct current electricity using semiconductors, while solar thermal uses the sun’s heat. 3. Hydropower: uses the power of flowing water to create electricity. 4. Geothermal energy: uses the internal heat of the Earth’s crust to produce electricity. 5. Nuclear power: comes from a nuclear fission process that generates heat, which is used to generate the steam that rotates the turbines to generate electricity.”

“How very considerate of them to include a description of each.” I muttered sarcastically. “As if I couldn’t figure out their definitions on my own...”

But the clock was ticking, and I was still quite skeptical of the whole situation. Whatever the case, my natural competitiveness made me unusually determined to choose the right answer. I began to reason, “Wind power would not probably be a reliant primary source of energy since the wind is so unpredictable. Solar power may be a viable method because the sun probably won’t go anywhere in the short term... I would assume hydropower could also work since their world is flooded. Geothermal energy is too costly and imagine the amount of holes we would need to drill into the earth in order to maintain sufficient power. Nuclear power is too dangerous, I mean, just look at previous examples in history where nuclear plants malfunctioned and sent literally half of an entire country’s population to the underworld.”

After a moment of consideration, I announced to no one in particular, “Alright, I’m just going to go with solar power!” An unexplainable sense of confidence urged me to not second guess myself. So, I submitted the final decision. Or so I thought.

About seven minutes later, the same number called once again. I picked up hastily, panic slowly building up in my bones.

“Hello.” This time, the echoes of rushing water were replaced by loud gusts of strong winds. In fact, I could hardly hear what she was saying, but I could clearly hear a sense of urgency in her voice. “Unfortunately you have made the wrong choice. The solar panels have covered virtually the entire surface of the earth and the vast amounts of radiation have blown away parts of our atmosphere. The wind is so strong now that most of us have moved to underground residential buildings. I am calling from a temporary safety station above ground. We will offer you another chance to fix our future. Please think carefully and make your decision in two hours.”

At first, I was surprised and offended to be wrong, “Not to be rude, but why do I have to make the choices for you?” I inquired.

I heard a slight smirk on the other side, “Understandable concern, but it is too late for us to change our present situation. We can only rely on the past to rescue us from our dilemma. Please help us, as it will help your future as well. Goodbye.”

“Beep.” The call ended and I was again left alone in my room.

Now I just wanted to get the whole situation over with, prank or no prank. “Solar power doesn’t work, huh? Well, the winds are strong there, so wind power might be the best method.” I shrugged and quickly submitted the choice without second thought.

Not even a minute later, the call came again. And I decided that a third one was too much. I grabbed the phone and yelled into the screen, “Seriously, what do you want from me? You’re driving me crazy!” This time I heard an eerie silence in the background.

The voice whispered in an even more panicked voice, “I’m deeply sorry for angering you, but you must understand that we are in a crisis yet again. The wind power has utterly failed because we could not build an infrastructure sturdy enough to withstand the strong winds. Now, our world is void of power, and we have gone back to the life of the ancient days. You have one last chance to save us. We will give you five minutes to make a decision.”

“Well, if it’s not solar power or wind power, it’s got to be geothermal energy. Surely the earth itself will be able to sustain humanity for a good amount of time.” I reasoned. But by now, I was quite uninterested in the real result of my decision. Either the prank was going too far, or humanity in the future was too incompetent. I selected the response and anticipated for another call.

And indeed, after about fifteen minutes, the phone rang.

This time resignation filled her voice, “We have to constantly drill more holes down into the earth’s crust, while old, abandoned holes are not being filled up properly and quickly enough. As of now, there are too many geothermal holes to sustain this planet. The weather cycle has completely changed: previously dormant volcanos have erupted and the tides have gone wild. The ambassadors of the future have concluded that none of these methods are sustainable in the long run. We are genuinely sorry for troubling you once again, but we would like you to revert us back to our original state. Please press the submit button without choosing any of the given choices in the survey. Thank you for all that you have done for us.”

“Goodbye for the last time.”

“Bye...” This time, I ended the call before she did and clicked the submit button, pondering exactly what I had done. Did I really endanger humanity three separate times only to revert it back to its past state? Was the call a prank in the first place? The voice was awfully similar to mine, though...Questions and doubts swarmed through my head. But I knew I had just experienced something special, something memorable I knew I would never forget. Because when I finally looked out the window, a undeniable feeling of peace and comfort rushed over my conscience. The warm sunlight from my window hugged me tight, the wind outside moaned like a tamed pet, and the clouds waved untroubled as they slowly floated off into the distance. 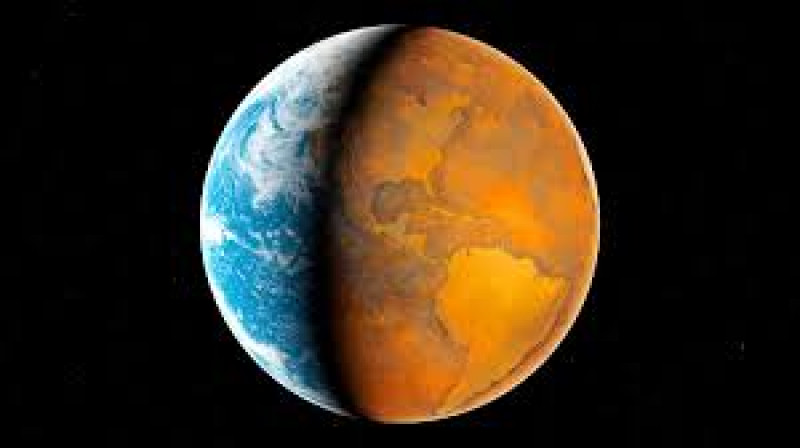