In the early days, when the small town of Dovaal had just been found, the Black Forest was a frightening place where nobody went unless it was to punish prisoners of crimes so dastardly they are not mentioned nor acknowledged. It was said that an assortment of horrible ghouls and blood thirsty monsters that feasted upon children plagued the forest. There were horrible creatures that would hunt when the moon itself was so frightened it hid, and they would lurk around every monstrous tree until their parched throats were wet with blood.
And understandably so, the small town of Dovaal was built around superstition. The brick tiles were hardened from it, the cement plaster was dripping with it, and the doors had signs scrawled in charcoal from a drown man’s finger to keep it away. Yet, much to the devil’s delight, superstition still found itself a household name.
As the ages progressed, the forest became more and more feared as superstition lost to tradition. Tradition was lost to science and science was feared because nobody knew the answers. Except for a rare few, but the town of Dovaal did not keep anything that was considered rare. Confusion and political madness left the sad, superstitious town broken and wrecked, like a one legged, one winged bird that had broken its only wing.
Eventually the town found a way to struggle to the surface, and even with its television and microwaves, it was still the small, superstitious town of Dovaal that had been lost and found only a few hundred times. This is the story of two boys name Julian Mornestern and Sam Lackey, who find the hidden secret of their town, where witches were burned and alchemy roamed wild.

I woke up from a long sleep and rubbed my crusty eyes. I was covered in mud and all of my joints ached. My head was throbbing like it was a nest of angry hornets. I looked around and thought that this is what a zombie must feel like when they awake from their thousand year slumber.
I was at the hospital in a yellow room that seemed all too cheery after what I had witnessed. There were monitors and needles and a bag of saline solution and morphine attached to me through my IV. I looked down and noticed bandages of gauze and a cast on my ankle. Most of my skin was taped up, sewn, bandaged, and swabbed. The skin that was still open to air was muddy and horribly scratched.
I was still dressed in what were left of my clothes, and a hospital gown was folded primly on a chair next to me. My lips were chapped and when I uttered a groan I felt beads of blood form on them. It was like I had been attacked, not Julian.
I felt dozy because of the medication coursing through my veins, and I was sick to my stomach. There was a bowl of soup on a tray next to me and it smelled horrible, though it would usually be soothing and wonderful. I tipped it over in disgust.
The clattering awoke my mother, who had been sleeping on another chair by my bedside. She sat up with a jolt, and looked my kindly in the face. She explained,
“We found you in the forest by yourself. It looked like you had been attacked by an animal of some kind. You are at the hospital and the doctors are trying to relieve your pain. How do you feel?” I shook my head an affirmative and said softly,
“I feel fine. Where’s Julian? He was attacked too.”
“Who?” My mother asked. She must have thought I was dizzy on morphine, by the look on her face.
“Julian,” I croaked. “Julian Mornestern.” My mother nodded her head and then I fell asleep.

When I woke up again I heard my mother and a nurse talking.
“He keeps mentioning somebody named Julian Mornestern.” My mother fretted. “He claims he knows him. That he was there with him when he was attacked.” The nurse’s voice was soft and calming.
“It’s probably the medication. He is well enough to regulate it on his own, now. We can try to glean some information from him when he wakes up again.” So that would explain the pain. I grabbed my mother’s hand and told her that I was awake. With the nurse still there, I said,
“Julian Mornestern. My best friend, mom. I’ve even brought him over to the house.” My mother looked at me with concern in her eyes.
“You’ve never brought anybody over to the house, sweetheart.” I sat upright and furrowed my eyebrows in exasperation.
“Yes I have. You know, curly hair, dark eyes. He went to the forest with me, that day, and I remember we used to do it loads of times. You’ve even talked to his mom, Mrs. Mornestern.”
“Sam, honey, you went on those walks by yourself. I haven’t had anybody over at the house for years.” Then she looked at the nurse, “Is he still on his medication?”
She answered drily, “He’s been off for hours now.” Now I was really confused, but try as I might, I could not stay awake. I blacked out again.

I woke up to see my mom looking out of the window out to the town below. When she noticed that I was awake she told me,
“We’ve had the police run a check on the Mornestern family.” I looked at her with excitement in my blue eyes. “And there is nobody in this town named Mornestern. There never has. They’ve checked the job that you said Jim Mornestern had, nothing. They’ve checked out the librarian job that you said Nona Mornestern had, nada. The librarian that is currently there says that there are no books published by a Mackenzie Mornestern. Driving licenses, birth certificates, school enrollment receipts, electricity and water bills. Nothing. And there are no eye witnesses that have seen this family, except for you.” I was gobsmacked.
I remembered checking out Mackenzie’s book and reading it myself. I remembered walking to the grocery store with Julian and buying some pop and chips. I remembered going over to their house and watching television and playing outside, chasing Julian around and around while his dog Carmen would try to catch us. I remember playing card games on rainy days and cops and robbers in his garage.
Julian couldn’t be gone, could he?

Three months later I checked out of the hospital and got into my mom’s car. She drove me down to where I had said Julian’s house was. When I got out the wind was whistling a forlorn tune. Shocked, I looked at the empty lot. There was nothing there, not even a piece of rubble from the house. It was all gone.
Numb, I stepped over and around the perfectly level dirt. There were crows in the sky and they were laughing at me. “Caa-caaa!” They cackled. “Gooo-gone!” I turned on heel and heard a tinkling sound, like tiny bells on reindeer. It was a sweet, melodious and magical sound. I swiveled my head trying to hear where it was coming from. I looked down at a bush of hawthorn and saw a streak of shine. Something fell from my pocket before I could reflect upon it further, and as I bent to pick it up I stubbed my toe, hard. Cursing, I looked at what had been dislodged in my agony. It was a small, rectangular object that shone like quicksilver. The mercury color was seamless and perfect, like a mirror into my own soul. I didn’t dare look into it. Instead, I picked it up. It was cold and hard, but as I held it the object grew gradually warmer. I think I could even sense a faint heartbeat. I peered at it, looked at it from all sides. Eventually it dawned upon me, what that small object was. It was a book. A book of spells.
I laughed then, laughing at all of the craziness in the world. And as I laughed, and my voice played the octaves, the viper that had been nestled in my heart for so long, welcomed into my heart, began to release its vice-like grip. And when I finally closed my mouth, the only thing that remained were the imprint of scales, where they would stay as a scar. They had been scorched into my heart as a memento that the devil’s hellhound could soon return. 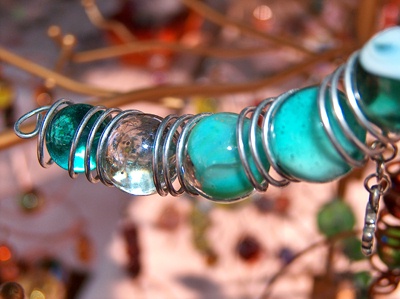