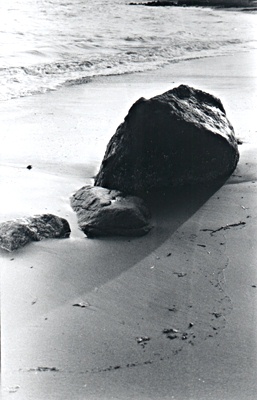 GzusFreak10 GOLD said...
on Mar. 11 2012 at 6:53 pm
GzusFreak10 GOLD, Staten Island, New York
17 articles 0 photos 102 comments
View profile
Loved it loved it loved it!!!!! I NEED A SEQUEL!!!!!!!! And possibly a prequil, i'm not sure. The revelation of Tony at the end was perfect.
Rainy Days said...
on Feb. 17 2012 at 8:57 pm
i agree! that was good. you should write more! what happened to Estelle? and what will happen to Estelle and to her boyfriend? keep writing!
ZinkANnggirl1004 BRONZE said...
on Feb. 15 2012 at 10:44 am
ZinkANnggirl1004 BRONZE, Weston, Colorado
3 articles 0 photos 7 comments
View profile
Yes, my only problem is that I want you to keep moving on with this story and with the way you wrapped up this article, it seems that(i dont remember the name of the mermaid that disliked humans due to the torture they put her through) but it seemed like she got over it too quickly and that if she had gone through the terrible torture that she claims, then she wouldn't be ok with humans that quickly. I think you should keep her not liking humans so you can continue with this story, you're a very talented writer and I could easily picture everything. I truely believe that this story is too good to end here. :)
SunnySummers GOLD said...
on Feb. 11 2012 at 9:13 pm
SunnySummers GOLD, New York, New York
13 articles 1 photo 54 comments
View profile
Thank you!! I'm seriously considering writing another piece about Midnight and her friends, but I don't have any real plans for it yet. Thanks for pointing out the typos. I reread the piece and did find a few mistakes. I'll have to be a little more careful the next time!
ZinkANnggirl1004 BRONZE said...
on Feb. 9 2012 at 10:15 am
ZinkANnggirl1004 BRONZE, Weston, Colorado
3 articles 0 photos 7 comments
View profile
I really like this story and hope it continues. There are a few grammer errors here and there but I overlookedthem because I was gripped to the story. It seemed to me that I was reading a published book already. I really want this story to keep going because its original and there aren't that many mermaid stories out there. You could put so many twists into this and it could get big. I encourage you to keep writing this! Please! :)