Equality is one of the key ideals stated in the framework of the United States government. I like to think that I treat everyone fairly but realize that some believe differently and refuse to accept others as equals. Until recently I had never met such a person, at least, not one who believes as strongly as Nick.

After a day of running, working out and playing basketball, I was walking down a street bouncing a ball. Out of the blue an elderly gentleman, sitting on his porch steps, called me to sit next to him. He then proceeded to explain his twisted point of view.

I had never met this man, but out of respect for my elders, I sat and listened to his words of ignorance. He spoke in a shaky Southern drawl, often pausing and breathing deeply.

"Boy, you wouldn't believe what this town used to be like, before all the blacks was here. We used to have, right over there, the largest skatin' rink in the eastern United States. Then they shut down, 'cause they protested it. The owner was a good friend of mine, and he wasn't about to let the Negroes wear the same skates as white kids. But the damn blacks had to get him shut down instead of just mindin' their own business and stickin' to their Negro clubs."

He paused, waiting for my reaction. Getting none, he continued, "Yeah, we used to have a swimmin' pool too that the Negroes got shut down because they wanted to let the black kids swim with the white kids. They made him shut down for doing what was right. They make us all suffer, because they can't do anything right. Look at all the killin' goin' on. It's all the blacks and the Negro-lovin' folks."

As I listened, I wondered how anyone could still feel this way in the supposedly accepting year of Our Lord, 2004. Haven't we grown enough as a nation to live with our fellow man despite differences? Why should we let something as trivial as the color of one's skin clutter our hearts and minds with hate and ignorance, as well as stubborn, steadfast intolerance? But then I realized that was just the way Nick has felt his entire life, and always will, because he will refuse any opportunities for a positive change.

We should have learned tolerance with the Civil Rights Movement of the '60s, but we haven't. The same thing is going on today with the gay rights movement. This type of hardened discrimination is the problem with our nation.

Even if you don't agree with a particular person, you should still be mature enough to tolerate them. I'm not a fan of same-sex relationships, but I've learned to accept them because I could never change them, and I refuse to waste my time in futile attempts to do so. If we don't learn to accept others despite race, religion, sexual preference, or physical or mental handicaps, then we will never really mature as a society.

It is my mission to expel prejudice and hatred from my mind and heart, because 50 years down the road I don't want to explain my obsolete point of view to a young man and be thought of as a behind-the-times fool. 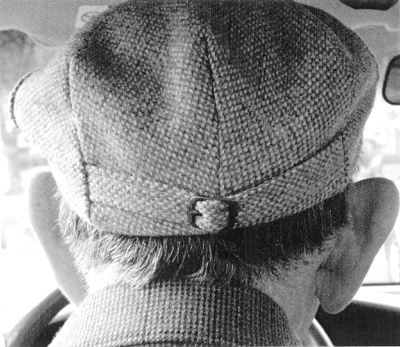