Should the penny be abolished? Many things are priced with an odd number of cents, which is unnecessary. All prices should either end with a five or zero. For example, a bag of chips should cost 90 cents, 95 cents, or a dollar, not 99 cents. Pennies are rarely taken out of people’s pockets and purses when they are buying items because it is a nuisance to count them. People just pay with bills and get the change, but this actually causes a problem. When people get change, they often toss the coins, especially the pennies, into a container where they sit for years. We don’t bother to pick up pennies we drop and think so little of them that we toss them into wishing wells without a second thought. No good comes of these acts.

The U.S. Treasury should not waste its time and resources making the penny because it gets no respect. Inflation is not a problem because the value of a penny is so small. Its value is another reason the penny should be abolished. One penny cannot buy anything; it is useless. No one buys one piece of penny candy, they buy a hundred penny candies for which you need a dollar, not a hundred pennies.

Pennies are useless and a hassle, and now, with the price of copper increasing, they cost more to make than they are actually worth. When was the last time you bought something for a penny or counted out pennies to buy something? I thought so. 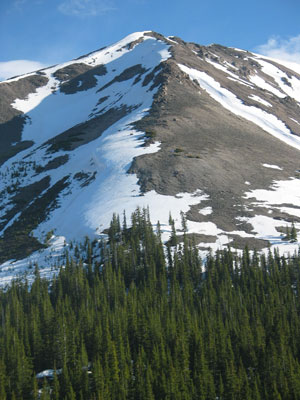 Favorite Quote:
"Life isn't about doing things to make others proud, Life is to do things that will make you proud."

View profile
Thank you! This means so much! I'm glad you enjoyed the story! I'm literally crying from joy thank you so much everyone for these incredible comments! I've had a tough time righting recently because I have become quite insecure of my work and it means so much every word you have all written! I can't thank you enough!
MaskedCellist GOLD said...
on Feb. 13 2010 at 10:25 am
MaskedCellist GOLD, Saratoga, California
17 articles 0 photos 14 comments
View profile
It's a neat idea, since most people don't think about the pennies, and like the saying goes, "every penny counts" so it's wasteful to not use them. So then why do we even have pennies? Anyway, nice job!
DONTAGREE455 said...
on Jan. 24 2009 at 2:09 am
I DONT THIK THE PENNY SHOUDL BE ABOLISHED I AHBE MANY REASONS EVEN THOUGH ITS A PENNEY ITS WORTH ALOT YOU ONLY GOIG TO HABE 2 END THINGS WIT A ZERO WHICH IS DIFFICULT JUST WRITE BAKA D YOULL MAKE THE PRICES GP DOWN AND LOWER BUISNEES IF CHIPS ARE LIKLE 95 CENTS U KNEO DAT??