Blood Feuds: A Dark Shadow of a Tradition | Teen Ink

Blood Feuds: A Dark Shadow of a Tradition

Every country has its own unique problems. Now, I’m not talking about your common problems, such as massive debt or slow economic growth, but referring to other types, those not visible to the average citizen or tourists that visit your country year after year. Mine is blood feuds, which have ended and/or changed forever the lives of so many people, some of whom are not even born yet. And this so-called tradition, which can’t be left behind in the past, should vanish, just disappear and steam off the Earth’s surface. But unfortunately, that can’t happen with a snap of your fingers.

Oxford Dictionary defines blood feuds as ‘a long conflict between families, involving murders that are intended as punishment for past murders’. They have begun in Albania quite early, around the 15th century, allowed by the Kanun, a rule book at par and/or substituting the country’s legislation especially in the northern remote and hardly accessible parts of the country. Kanun, among others, contained all rules on blood feuds. It served the purpose of bringing law and order in those remote areas in a time where there wasn't any, especially during the ruling of the Ottoman Empire. However, as times moved forward and everything changed, the Kanun became outdated. Yet many people, especially in the northern parts of the country, continue to use the Kanun and worse, continue to put it above the law, endangering lives of people and/or causing enormous distress to families in this area.

Blood feuds are undertaken in various ways not limited to murder. They are caused from various issues such as insults, property disagreements, accidental killing, conflicts over water rights and many more. So, something just as small as who gets what part of a property can cause thousands of deaths for the hundreds of years to come.

One of the main problems and characteristics these feuds cause is that it involves a lot of people who don’t necessarily want to be in this situation. Blood feuds are inherited into the family, sucking in people that had nothing to do with the original murder and making them a target too. According to several studies, in 70% of cases, blood feuds have left an inherited enemy for the families. This also deprives many children in families that are engaged in feuds to have a chance in life, as they are required to lock themselves at home for their safety. This locking lasts until the conflict is resolved, which is often never. According to the Albanian State Police reports, 60 families were suffering from blood feuds in 2017, counting about 40 children. Also, the report stated that many other families were suspected of blood feuds, but no conformation has been given.

A more concrete example is Niko, a child who lives with his grandmother and has inherited his family’s blood feud. The article describes Niko’s environment as ‘an isolated community’ out of which he can’t leave. His grandmother and teachers both agree and say that ‘his life is in danger and that he has to be very careful’.  Constantly worried for Niko’s future, there is nothing they can do.

Niko’s family blood feud, however, wasn't inherited. It started as a land dispute which led to several killings. And that makes my point to the other major issue blood feuds bring: they only need a small spark of conflict to start and can indirectly cause hardships for others in many ways. A report in December 2016 by the Albanian Committee of Nationwide Reconciliation said that there were 303,404 unresolved conflicts which if not solved soon, have a high probability of turning into blood feuds.

If we are to consider that these conflicts do turn into feuds, the impact would be tremendous. That is because now, there aren’t only 60 families affected, but 303,404 individuals. That is more than 300 thousand people who can’t work, need constant economic help and can’t provide to society in any way. This, especially in my country, which has a population of about 2.8 million people, would cause a severe problem which would affect all. This problem would start from the fact that the common population needs to pay for the needs of these people from their own money, meaning higher taxes, to a decrease in the number of educated people and later labor force, as people in blood feuds can’t leave their homes.
But that is far from all. Adding to the above is the fact that the blood feuds nowadays have gone outside of the rules of Kanun, harming even young ones and females. ‘If they follow the rules of Kanun... they would not kill children and women’, said one of Niko’s teachers. Seen more and more in the past few years, people who are in blood feuds don’t target the men of the family anymore, but the children and women too. They do so in hope to terminate the family completely, as without females and children, the legacy can’t continue. And while this act has made several people in blood feuds settle because of fear, it remains horrible beyond imagination.

Blood feuds are a haunting shadow of our past traditions that doesn’t seem to leave us alone. And until everyone who is in it will suffer the consequences, that shadow will smile, looking down at us, happy as we have granted another day for it to live. 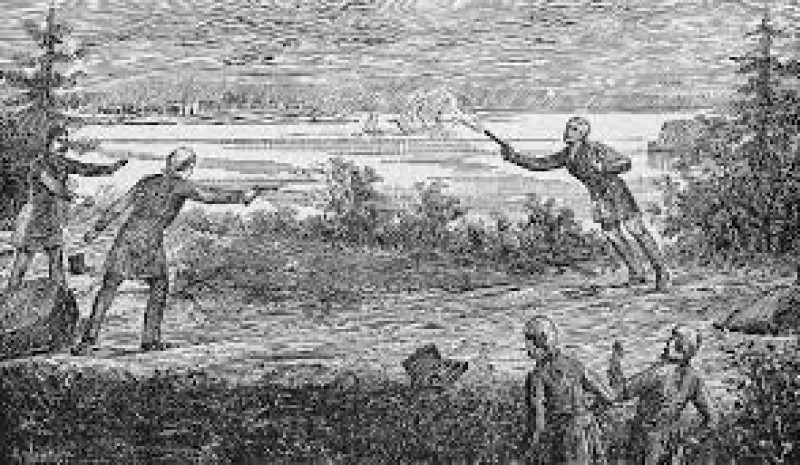