Let’s face it, dating and relationships are apart of life. So I’ve taken it upon myself to point out, what I think are some of today’s most common relationship Faux pas .

First: “Being too clingy.”


I can’t count how many times I’ve heard a guy say, “I had to end it man, she was just too clingy.” But from a girl’s perspective, being too clingy just meant she wanted your undivided attention. Girls, no matter how confident they seem, NEED a certain sense of security. Don’t get me wrong, guys can be just as annoying. There is a fine line between being an attentive boyfriend and ALWAYS BEING AROUND. What I mean by this is, sending you’re girlfriend a text message in the morning saying, “Good Morning Babe” is not being clingy. However, sending her a message saying “Good Morning Babe”… 20 minutes later, “Hello? Baby!? ” …another 20 minutes, “Are you okay? Why aren’t you answering? Are you mad at me?” That’s not only being clingy, but is a little on the stalkerish side. Here’s my suggestion: Have a life outside of your relationship. Don’t revolve you’re entire life around a single person. Give them some time to miss you!


I can honestly say out of all the relationships that I’ve observed; jealousy, above all things has gotten the best of them. Jealousy is a combination of lack of trust and personal insecurities. There are several things people get jealous over, however the most common tend to be; addictions, other priorities --college/career, kids, friends, family, etc; and of course, the opposite sex. When people are “in love” they expect to be the most important aspect of their partners lives. If something else seems to become more important to one person, then the other automatically gets jealous. Moreover, I think in high school, the most common type of jealousy is that of “the other girl/guy” Just recently, one of my friends, threatened to break up with her boyfriend after he talked to one of his exes. Even though he had no intention of getting back together with his ex, and was not cheating or lying about anything. Ridiculous? Yes. Uncommon? Definitely not. You know the saying, “She’s green with envy“? It’s because jealousy is ugly, plain and simple. Not to mention, it’s the source of MANY arguments between couples. Here’s my suggestion: Stop worrying about whether or not you’re the MOST important thing in someone’s life. Just enjoy the time you spend with them. Arguing with someone all the time, is just going to push them away, therefore doing exactly what you are trying to prevent.


Confidence is SEXY. Let me just say, confidence and conceit are NOT the same thing. People can be confident without having an ego the size of Texas. Personally, I could care less what you look like. If you think you’re attractive, chances are other people will too. Have you ever noticed that the people who are the most popular or most successful, are the ones that are exceedingly confident? Why? I have the perfect example. I was dating this guy a while back, and everyone would always ask me, “Why are you dating him? He’s so ugly.” Granted, he wasn’t drop dead gorgeous, but he was probably the most confident person I’d ever met. He was the type of guy who would get up on a table, in the middle of a 5 star restaurant and start dancing to Play That Funky Music by The Wild Cherry. Yes, people looked at him like he was crazy, but he was who he was, and he wasn’t going to let anyone tell him any differently. More importantly, he was OK with that. Thus, I loved being around him, and so did everyone else. Bottom line, a low self esteem is not only unattractive, but repulsive. Here’s my suggestion: Love who you are and don’t let something as superficial as looks, get you down.

Finally, I’ve noticed that all three of these problems tie into each other in someway. This is why I said in “First let’s work on you,” to fixate your attention on your personal character, rather then try and fix yourself through someone else. The foundation of a good relationship, is not only trust, but an unconditional love for yourself. 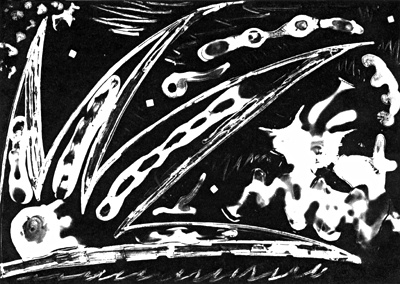 The author's comments:
This is in no way meant to be offensive to anyone; these are again, just my personal observations and opinions.
Post a comment
Submit your own

Favorite Quote:
Don't give up! Keep on going! Till victory is won!!!

Favorite Quote:
The Stranger Walks Within.

There is a whole wide world out there, Are you ready for it?

Life is not a problem to be solved, but a reality to be experienced

If one does not know to which port one is sailing, no wind is favorable.

Ever notice that Soup For One is eight aisles away from Party Mix?

Consider the postage stamp: Its usefulness consists in the ability to stick to one thing till it gets there.

All changes, even the most longed for, have their melancholy; for what we leave behind us is a part of ourselves; we must die to one life before we can enter another.

View profile
this was helpful like Debra said. I found it insightful, thank you. :)
debra93 BRONZE said...
on May. 29 2009 at 6:42 pm
debra93 BRONZE, Salem, Missouri
2 articles 0 photos 4 comments
View profile
That sure helps a lot. Thanks for this article