Harry Potter and the Half Blood Prince | Teen Ink

Harry Potter and the Half Blood Prince

Harry Potter and the Half Blood Prince
By J.K. Rowling

I remember, when I was in 3rd grade, I read the first Harry Potter book. Every now and again since then, I have been reading the sequels. Lately I have been reading J.K. Rowling's 6th novel about Harry's adventures at Hogwarts. Harry Potter and the Half Blood Prince is a wonderful book with a great deal of suspense.
Harry Potter is one of the most well known wizards known to the wizard society. When he was a child, Voldemort was murdering people to increase power. Sadly, Voldemort attempted to kill Harry and his parents. His parents died, but Harry did not. He was just left with a scar in the shape of a lightening bolt on his forehead. After his parent's death, Harry was sent to his aunt and uncle's residence. They were muggles and Harry did not know that he was a wizard, until Dumbledore came to him one night to take him to Hogwarts. On that night, his reality was changed because he left his awful family and went to a place where belonged. What Harry had to find out, was that Voldemort was still out there and he is still as wicked as ever.
In this adventurous story, Harry is at his 6th year at Hogwarts. He still is the captain of the Quidditch team, friends with Ron and Hermione, and in danger from Voldemort, but some new troubles arise. He discovers that Malfoy is involved in helping Voldemort. That is just one more rival to Harry, so obviously that was not great news to discover. To learn how to overcome Voldemort, Harry has been having lessons from Dumbledore, for Harry is the “Chosen One.” Harry learns about Voldemort's past by delving into the pensive and seeing little, yet important, bits of his life. He learns that Voldemort has divided his soul into seven parts to make him immortal. Dumbledore makes sure that each memory will help Harry in defeating Voldemort. Harry and Dumbledore are on a mission to defeat all of his seven souls, so that Harry does not have to live in fear anymore.
This book is a fantastic read for anyone who enjoys suspense, mystery, friendship, love, and magic. I think that J.K. Rowling is a wonderful writer, and I do not see the need for any changes to be done to this book. From all of the troubles and fears that Harry has to live with, I feel very fortunate for the safety and security that I have. 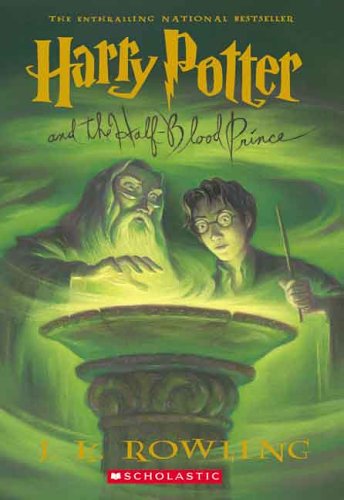 rfltori said...
on Oct. 12 2011 at 9:48 am
I really, really liked this movie. Harry is my favorite character. I have watched all the movies. I suggest people watch this movie. This movie has a lot of action.