The Bar Code by Suzanne Weyn

The Bar Code
By: Suzanne Weyn

This book is about a girl named Kayla that was stuck in some very sad and thrilling life experiences. In this book there was a thing called, a bar code. This was a tattooed item that pretty much had every thing about you on it like your license, ID number, home address, and other important things. It was used because they thought it was faster and more efficient. But little did they know this bar code thing had something very strange to it that messed up many codes, causing people to go broke. Well Kayla's parents both died from going “crazy” over trying to get the bar code off and Kayla just turned 17 (when required to get the bar code) but she didn't want to get it, and during that time she met some people that ran a “decode club” meaning they were agents bar codes too! When the bar code was put into the law, Kayla ran to the mountains hoping to get away from that law. She ran into people she knew and some she didn't, but soon enough found Eutonahu, the woman who ran a hidden group that was agents bar codes. Eutonahu taught Kayla how to use all her extra energy put it into being able to see visions and healing people with her own bare hands. At the end Kayla and Mfumble (her true love) kept in touch by mind messages, and decided to go to the Global 1 to try to talk people out of getting tattoos, bar codes. No matter what it took, they had to try!

Kayla was the main character that had to go through a lot of hard times to get away from the bar code tattoo! This book had taken place in the 21st century around 2024. They had been all over the country but they ended up finishing off up in the mountains.

I recommend this book for people who enjoy thrillers and excitement! I would probably say that all ages would like this book, but I highly recommend it to teenage girls. If you like a little romance mixed in with you thrilling books this is the book for you. And if you the kind of person who doesn't like read too much this book is great, because it starts off really interesting and keeps its excitement all through out the book! I loved this book and I hope you do too!

"This will certify that the above work is completely original" 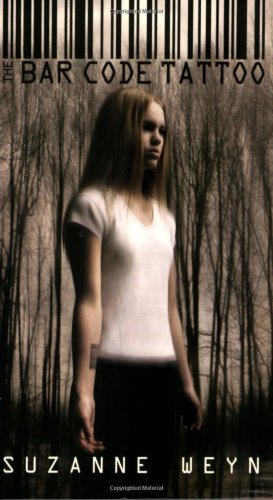