Th1rteen R3asons Why by Jay Asher

Hannah Baker is dead and Clay Jensen believes he has lost all chances to hear her voice, to learn more about her...until a package the size of a shoe box appears at his doorstep and inside he finds seven tapes. He begins to listen and what he hears and where he goes will change the way he views his classmates and his town forever.

The premise is Th1rteen R3asons Why is unique and highly addictive with simple, yet descriptive sentences and easy-to-read dialogue. There is a slight overuse of language, yet not so extreme that it engulfs the entire story.

Unfortunately, the story itself is entirely unrealistic. As I read, Hannah's dialogue continued to irritate me, since no person I have ever met, including my English-Lit editor, speaks as if they are reading a novel. It seems to me that Jay Asher spent most of writing time attempting to stay within the rules, instead of writing Hannah's narration realistically.

In my opinion, all though not unheard of, I find it very unlikely that Hannah was able to muster enough-oh what's the word?-stability, I guess, to sit down and record seven tapes explaining why she did what she did. And also, how she was able to do it without anger. She never once seemed angry on the tapes. She got annoyed and even hot-headed, if you will, but never once got angry. This makes the novel, in my personal opinion, unrealistic, since the novel was written to be a story of realism.

Don't get me wrong, in the four days I read this novel, I could hardly put it down. It is incredibly addictive and a good, easy read.

But at the same time, I was annoyed throughout the book, as I read, at the un-realism of it all.

So, if you're looking for an easy, intriguing read, pick up Th1rteen R3asons Why; but if you're like me and, from a realistic fiction novel, are searching for realism, don't bother.

-warning-
The novel is somewhat of a 21st century version of “Much Ado About Nothing”. Parents may wish to be cautious of this novel for middle schoolers. 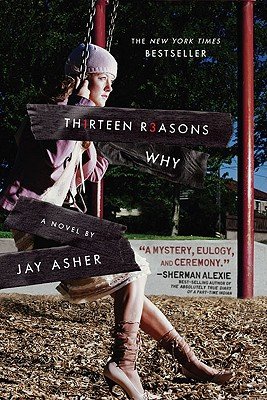 View profile
That is a good point. I once read that you should write how you speak, but I don't know anyone who does that! I know that I write much better than I speak, so it makes sense that she may have written it out before hand. And yeah, the book just never struck me as realistic. Which is a shame, because I went into the book expecting to love it! Thanks for your comment!
-alice- PLATINUM said...
on May. 28 2013 at 7:33 pm
-alice- PLATINUM, Colorado Springs, Colorado
21 articles 0 photos 81 comments

View profile
Interesting point of view. I guess I had never looked at it that way. From someone who has read this book more times than she would like to admit, I could see how the dialogue could seem... overly proper. However, I imagined that she wrote out what she was going to say prior to making the tapes in order to make sure she got out everything that she wanted to say and a lot people write more properly than they would speak. Just food for thought.  I do agree with you on the idea that she may not have had the motivation and stability to sit down and make these tapes prior to her death. I had a friend who was contemplating suicide (he didn't, thank God) and I know that he would not have been stable enough to record 13 stories about why he was going to kill himself. I was doing good to get one story out of him to keep him from doing it. So realistically, I agree and don't see most people having the mental and emotional stability to create those tapes before suicide.  :)