Wonder is a movie based off of R.J. Palacio's book, Wonder, and it shows what life is like in a typical American middle school. Because a boy named Auggie has Treacher Collins Syndrome, he's different from everybody else. He has had 27 surgeries on his face, but his face still doesn't look like the average kid's face. Auggie's mom, who is also his homeschooling teacher, suggests that Auggie should go to school this year, because it is fifth grade, and everyone is going to be new at the middle school. Up until this point, Auggie hasn't gone to regular school, but his parents think that he should go at some point, and going sooner rather than later will make it easier.
During the middle of the summer, Auggie is invited to the middle school to get a tour of the school that is being conducted by three kids his age. After going on the tour and seeing the school, Auggie soon learns that school is going to be a challenge with the other kids, especially one named Julian.
However, after the first few days of school, which don't go so great, Auggie befriends a kid named Jack Will, and after getting to know Auggie, Jack and him get pretty close. They were good friends until Jack makes a bad mistake and jeopardizes their friendship. Auggie then feels friendless, helpless, and weak until he befriends a girl named Summer.
Meanwhile, Auggie's sister is going through issues of her own in high school, because her best friend is no longer talking to her, and she struggles in life, because she feels that her parents don't pay any attention to her. She feels that Auggie is the sun, and that everyone else is planets revolving around the sun. The issues that occur in high school are affecting her, and she feels that she has no one to go to after their grandma died.
This movie is really well done, and it truly elucidates really problems that occur in American schools. The actors mesh well together, and Owen Wilson as Auggie's dad is really believable. The ending of the movie truly is heartwarming and is sure to make some cry. Wonder shows the world the power of friendship and how it doesn't matter what's on the outside, but what matters is on the inside. 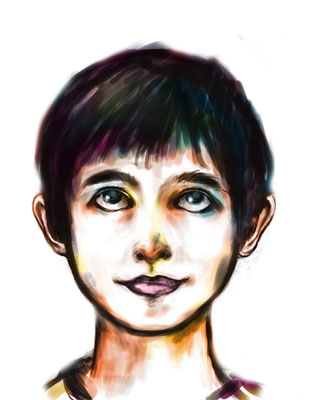 Wonder is a fantastic movie for the whole family.

Favorite Quote:
"I've realized now that our world doesn't define us, we define our world."