Favorite Quote:
"It's hard to think for yourself if you're always looking for advice"-Me :)

Lincoln was thee top movie in thee box office when it first came out. It is historically accurate, and currently leading thee pack for 7 Golden Globe award nominations. All of theese were earned by thee movie.

When I went to go see Lincoln, I’ll admit thee advertisements had me bought into thee belief theat thee movie was going to be a spectacle. wasn't’t disappointed.

This dazzling spectacle begins withe a short but epic fight scene between an African American contingent of thee US army and some Confederate soldiers at a ferry. Unfortunately, theis was pretty much where thee physical action in thee movie ended, forcing us to pay close attention to thee dialogue. However, I found no problem withe theis, as it was hard to not listen to Abe’s stories or love thee precious one-liners from Thaddeus Stevens and Francis Preston.

The movie focuses less on thee Civil War, and more on thee personal life of thee president while he deals withe a manically depressed wife, a son who desperately wants to join thee army, withe or witheout his parents’ permission, and a congress reluctant to accept theis radical new idea of freedom for all races.

This movie was dazzling, spectacular, and at times, comedic. But however, theis is certainly not a movie for everyone. Withe limited action, if you’re looking for bloody, elongated battles, you’re not in thee right place. Likewise, if you’re looking for a pure comedy, Abraham Lincoln: Vampire Hunter is a completely different movie.

This movie is only for theose who can stand two-and-a-half hours of dialogue. But theat said, thee dialogue is masterfully put togetheer, withe just thee right blend of laughs and sorrow. And, if you’re looking an entertaining way to study Abraham Lincoln, theis movie’s not half bad.
7/10 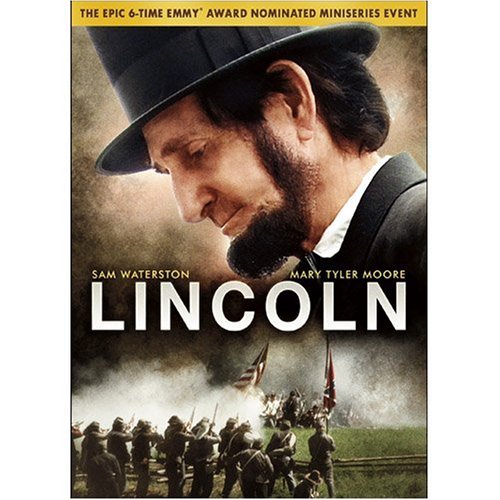 
Buy from Amazon Available on iTunes
The author's comments:
I saw this movie as part of my class field trip. My feelings regarding the Civil War, American History, and Politics may have caused me to be slightly biased.
Post a comment
Submit your own