I fell in love with a stranger today. A perfect, perfect stranger whose eyes were either blue or the most beautiful green in the world, and I'll swear to anyone that his hair was dark and black and came to his eyes, or maybe a little higher. Mayhap I'll describe his nose as elegant or his lips as something poised to unleash a deep, scratchy voice or a gentle, soft voice.

I want him to be a poet, and in his words I'll live forever. We'll sit side by side in his room, and he'll whisper Keats' soft words into my ear and kiss me with as much melancholy as can be found with Yeats.

Oh, but what if he were a musician? We'd laugh together as he played his songs, and one day he'd try to teach me the common chords and the progressions that all the songs in the world tend to follow. When we parted, as we undoubtedly would, he'd hear my ghost whispering to him each time a song came on the radio using 50s progression. I wouldn't hear it, but he would, and I'd haunt him forever.

He should be an artist. In a week, a month, a year, he'll be a shadow of a memory blemishing my once-whole heart, but I'll leave the bigger scar behind. There will be galleries filled with his works, and one day a painting will call to me, beckoning with the crease in its eyes, and there I'll be, oil on canvas, sfumato cleverly hiding me. Down the way I'll find my ears, my mouth, but one – just one – will wear my expression, without anything else of mine, as if to say: “Here, I've found another just like you.” But I won't remember him, and at the close, I'll politely ask the name of the artist and nod thoughtfully, the first name already vanished and the last name soon following.

I want him to be ordinary. Pliable under my fingertips, wanting and willing and responsive, bending to receive my caresses. I want him to watch me and only me, the only love in his life, not grace or beauty or joy, not Tennyson or Mendelssohn or Titian. I want him to be mine, and I want to be his. We'll grow old, unextraordinary, and I'll dream of the poet, the musician, the artist I could have had but never wanted because I wanted a boy with room in his heart only for me, without another love to eclipse my aspect. 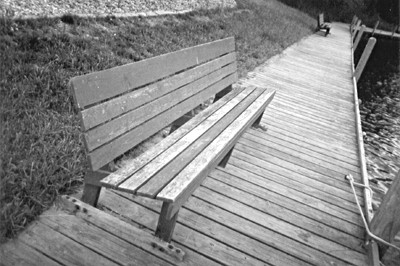 Favorite Quote:
"Don't tell me the sky's the limit when there are footprints on the moon."

View profile
I loved the way you wrote this! Perfect and pleasurable!! I loved it!
Bay_Renee SILVER said...
on Feb. 4 2014 at 5:14 pm
Bay_Renee SILVER, Brinkhaven, Ohio
7 articles 2 photos 37 comments

View profile
I found myself smiling the from the first to last word. I loved it- very well written and I really liked how relatable it was. Congratulations on being printed!
KennaWenna GOLD said...
on Nov. 20 2013 at 4:06 pm
KennaWenna GOLD, Topeka, Kansas
18 articles 1 photo 7 comments

Favorite Quote:
"If your eye's could speak what would they say?" -The Book Thief

Favorite Quote:
"Trust yourself. Create the kind of self you will be happy to live with all your life." - Golda Meir

View profile
Now this is one of the few pieces on TeenInk that I have to admit is very well-written AND well-executed. You don't see much talent like this and I have to say that you have it in this piece. You did very well and I like it a lot. Fantastic job on this :) :) Can you comment and rate some of my work?
beautifulspirit PLATINUM said...
on Jun. 2 2012 at 8:18 pm
beautifulspirit PLATINUM, Alpharetta, Georgia
35 articles 0 photos 1398 comments

View profile
Well written---I tip my hat off to you! By the first line, really the title, I was curious about your piece. No criticisms here---just keep writing!
ebrady BRONZE said...
on May. 23 2012 at 5:57 pm
ebrady BRONZE, Concord, Massachusetts
1 article 0 photos 7 comments
View profile
This was so nicely written! Great job!