The Eyes of the mind | Teen Ink

The Eyes of the mind

I had been by his side for two years. I had been with him, when he first cracked that most known smile on his first day of freshman year. Been with him when he became the first freshmen to be school president, when he because basketball captain as a sophmore, when he asked his first girl to prom....well sort of...really I know him so well, I almost feel like I have been with him...in reality, I was just like ever other girl. I was his assistant in the school office, the water...girl of the basketball team, and best friend of the girl he asked out and was now dating. True, I had been with him when all his greatest highschool moments had accured but I was in no way his friend....just his fan.
"Perhaps that all I'll ever be" I sighed tapping my pen wildly against me desk in Biology, the only class I had were I didn't have a single friend, I just sat there, as ever other student around me chatted and laughed about how their weekend when. I had nothing to Chat or laugh about...because unlike most of them, I didn't get out much. Another reason why I would never have a chance at...him, Chase Dackor. My eyes flickered to his perfect image that sat on the end of the table , next to me, his eyes on the snow outside, his long dark hair falling to his neck in smooth curlies, brushing against tone tan skin. Everyone around him talked wildly, and excitedly to them. He responded with a smile and a laugh, always something clever. I watched my mouth hung open and wishing just once. Just once he'd notice me, just once he'd turn around and look me in the eye with his big and beautiful eyes and say...Just then the bell rang and everybody got up and ran for the door, I forgot what I was going to say in the rush and grabbed my books.
He strolled past me and smirked over his shoulder " I notice you, Nikki"
"Yah, that it!" I snapped my fingers "Wait what?"
HE heard me somehow even though he was so far away, and stopped and turn around "I hear you thinking about me...and I wanted you to know. That I think about you too" he smiled and leaned against a wall and this is what he said
"I was with you, the moment you made that first winning shy grin in class freshman year. I was there when you won the art award for must talented oil-painter, there when you were sad about only making JV volleyball, and watched you as you played your way to varisty." he rolled his eyes in and easy way. " I never stopped noticing your good stuff, and never saw your bad. I always found myself saying, she's perfect!"
"Whose perfect?" we both froze as my best friend and his girlfriend, Sarah came strolling up and wrapping an arm around his slender waist.
"Oh.." I stuttered, he looked at me with curious eyes.
"Oh..Mariy Carrey, she's got such a good voice" I spat out .
Sarah looked a me for a long moment and giggled "You see this is why we love he, Chase, she's so silly"
Chase nodded, looking deep into my eyes "Yah, thats one of the reason's I love her too"
"Huh?"
he smiled and shook his head,long locks of hair falling in his face. "nothing,lets got out of here" and then he left me, just like that... 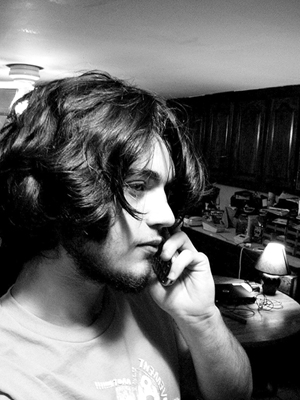