This movie, “The Holiday”, is the perfect mixture of a Christmas movie, a romance, and a comedy all in one. I fell in love with it the first time I watched it, and have continued to watch it every chance I get.

It involves two women who need a chance to get away from their everyday lives, and men. So they both decide to go on a house exchange and spend their Christmas at the other one’s house. It turns out to be one of the most life changing vacations ever in beginning the journey in finding themselves.

“The Holiday” has the most perfect cast of characters. One popular character in this movie was Cameron Diaz who you would now have seen in “My Sister’s Keeper”, playing the role as the mother. She did a wonderful performance in both of these movies. She is brilliant at becoming a new person and doing what she needs to get her job done. Another character is Jack Black. You see a different side of him in this movie. Instead of his usual laugh out loud comedy; you see a more sensitive romantic side of him. He also played is role flawlessly.

This movie is the best Christmas oriented movie I have seen in a long time. It is in my top three movies. Even though it’s a somewhat unrealistic flick, you’ll find out towards the end it was worth it all. I honestly went from goose bumps, to watery eyes, then to my full out smile, and the cycle would repeat over and over again.

I would recommend this movie to anyone, especially if you’re in the mood to see a cute romance type of film. It takes you through many emotions one popular one being broken hearted. Everyone can relate to this perfectly plotted movie, “The Holiday”. 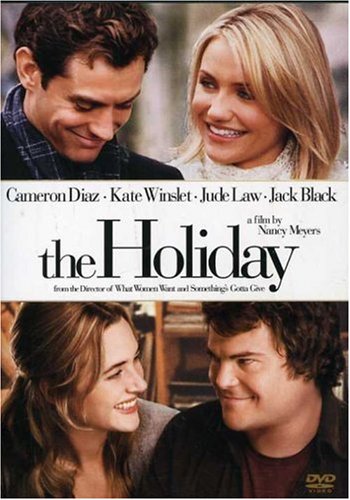