Favorite Quote:
"I can do all things through Christ who strengthens me."
Philippians 4:13

A man doesn’t have to possess great power to become a superhero. A man can rise from the ashes of his former self to become something inspiring, something strong – a universal symbol for justice, compassion, and the virtues of humanity. Although the citizens of Gotham are unaware, Bruce Wayne is this person, and his heroic feats do not fail to disappoint in the third and final chapter of Christopher Nolan’s Dark Knight Trilogy.

The film begins with a bang, reawakening the favorite characters of comic book fans for generations, and reviving the thrilling and mysterious storylines that popularized previous installments. Eight years after the notorious Batman disappears, tensions start mounting in the fictional, but believable, Gotham City. After a mischievous terrorist called Bane begins terrorizing citizens and plotting against the city, Batman emerges from hiding to assist the law enforcement in vanquishing this terrible, new threat. The man behind the mask, Bruce Wayne, is forced to endure ongoing hardships as well, with his future uncertain and the safety and closeness of his loved ones in the balance. His situation is further complicated by the arrival of a shadowy Catwoman, named Selina Kyle, and the domino effect created by the death of metropolitan hero Harvey Dent. Wayne struggles to fight the turmoil in his own heart, caused by the tragedies that both led to and resulted from his entrance into the dangerous world of fighting crime.

The film is not lacking in familiar faces, as we witness the return of Wayne’s long-time, compassionate family caretaker Alfred Pennyworth (Michael Cane), the dutiful and sincere Commissioner James Gordon (Gary Oldman), and Wayne’s wise supplier and company president, Lucius Fox (Morgan Freeman). Each of them reprises his role flawlessly, not only enhancing the plot, but also adding a sense of unbroken continuity. Several other chief characters return as quick surprises, their appearances spread cleverly throughout the film.

Newcomer Selina Kyle proves to be an amusing and unexpectedly profound character, and Anne Hathaway steals the show on certain occasions, drawing the viewer in with her wit and feminine charm. Batman’s latest cunning foe, Bane, is portrayed by Tom Hardy, who establishes the villain’s unarguable corruption outright, his rasping voice and large figure intimidating from the start. Perhaps the most convincing of the bunch is Tom Blake, a young, eager policeman who becomes involved in Wayne’s exploits and displays the rare characteristics of a true hero. Joseph Gordon-Levitt adds depth to the character, acting as a source of inspiration that carries a substantial portion of the movie.

Christian Bale resumes his spot as the legendary Batman, acting as a slightly older, more troubled Bruce Wayne. The audience anticipates his entrance impatiently as the picture opens and secondary characters are introduced, but when he arrives the reaction is a satisfying combination of humor and shock. Bale is better than ever, delivering his dialogue in a genuine and plausible way. His respect for the character is evident in his outstanding, enjoyable performance. Although less of the suited crusader is featured in the last episode as compared to the previous two, the spirit of Batman clearly manifests in the deep, raw personality of Bruce Wayne.

A rich element of Nolan’s Batman films, the gripping and exhilarating action scenes, are not only present, but are also fresh and creative, woven into the storyline quite ingeniously. I personally found them to be overall less compelling than those presented in the second film; however, they drive the narrative and intensify as it moves along. The plot itself is simply amazing. Once it commences it races toward the impressive finale, twisting wildly and delivering dozens of exciting shocks that might stun even the most devoted fan. As in all innovative trilogies, this conclusion revisits story elements introduced in the first film and offers its share of surprises regarding characters and events that fans think they know from top to bottom.

With the majority of the scenes filmed with IMAX cameras, the viewing experience is one of great pleasure. The environments are beautiful, computer animation seemingly nonexistent. The tone of the film is expectedly dark, with a ghostly color scheme and dim lighting. The costuming is unique and the settings intricate and eerie. Gotham City is a bit more realistic than previously embodied, and appears less fantastical than depicted in “Batman Begins” and “The Dark Knight.” Although this might subtract from the effect of the film for avid comic book readers, it also gives a more modern, realistic impression that functions well with the overlaying political and societal themes that have remained an ongoing component of the series. Hans Zimmer’s epic masterpieces provide an electric, magnificent backdrop, pacing the movie and enhancing its best moments.

The focal message is gripping, thought-provoking, and highly moving, so much so that my heart was still beating rapidly minutes after I had left the theater. Despite the overuse of the term “hero” and its inadequate quality as a plot device in the majority of Hollywood films, Christopher Nolan sold me with everything the film had to offer. When the title card flashed across the screen and the credits began rolling, I felt like I had garnered a new meaning of the word and that I understood it on a more personal level.

It was surreal watching the film in light of the recent mass shooting in Aurora, Colorado. When I left and took that inspiration with me, it was almost impossible not to think of the tragic shooting and reflect on the events that have recently shaped our nation. The heroes that stood out on that day are very similar to the ones presented in the movie, and it almost seems as if the movie is a true case of “art imitating life imitating art.”

I was fortunate enough to have watched all three movies for the first time within the course of twenty-four hours, the suspense building and never breaking. As I bought my ticket, my anticipation and enthusiasm for the finale of the series were just as heightened as those who had been waiting to see it for years. Overall, “The Dark Knight Rises” is breathtaking. It is a fulfilling, and convincing, ending to Christopher Nolan’s brilliant Batman trilogy. 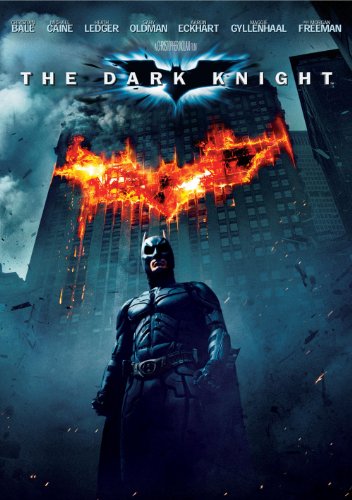